The 8 Most Famous Stoners Throughout History 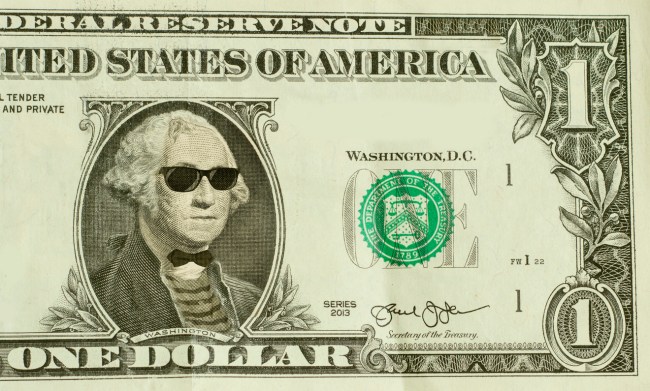 4/20 has become something of a national holiday in recent years, and since most holidays are as much about celebrating and remembering the past as they are reveling in the present, it’s time to take a look back at our stoner pioneers. These are the most famous potheads in history, dope fiends one and all. You may be surprised by some on this list, others not so much, but what shouldn’t surprise you is that marijuana has been around for pretty much all of human history and these dudes and lady dudes smoked the shit out of it.

The more things change, the more they stay the same.

Queen Victoria actually used all sorts of drugs, mostly to deal with labor pains because her cousin/husband wouldn’t stop knocking her up. Her staple, though, seems to have been weed. I know it sounds like I am discussing a stripper from Kentucky here, but this is all true. Of course, she probably didn’t smoke that shit like a common Juggalette. Instead, she used a tincture, which means she was drinking Green Dragons and probably talking about the wonders of space while every one of her mutant offspring were clawing their way out of her vag. Classy as always, Vic.

Of course Pablo Picasso smoked weed. Just look at his paintings. It’s even been theorized that his distinct style, Cubism, is a result of his, uh, skewed perceptions. So the next time someone gives you a hard time about hitting the bong and staring out the window, tell them to fuck off. They clearly don’t understand the creative process of geniuses. Uncle Pablo’s got you, bro.

They left this out of The Ten Commandments, but Ramses was a pothead. How do we know? Well, they found weed in his tomb, which is a pretty big commitment. Ramses was a true ride or die pothead. But, I mean, come on, of course this dude was getting baked. Everyone must have been. Rivers turning to blood, wooden staffs turning into snakes… these bros were on some serious shit. Basically, when he wasn’t persecuting God’s chosen people or trying to invent a better condom after fathering 160 children(!), Ramses was getting lit the fuck up. I guess Moses just must not have been chill.

This might be the biggest surprise on this list, but it really shouldn’t be. After all, what made Joan of Arc famous? She claimed he could talk to God. That’s stoner talk right there, bros. But I’m not just baselessly speculating. One of the chief complaints against her in her trial was that she was using “witch’s herbs” in order to do her thing, and I don’t think they were talking about the herbs in Colonel Sanders original KFC recipe. Yes, Joan of Arc smoked pot and it made her say some goofy shit. So what? Just be thankful you didn’t live in the 15th century or they’d probably have burned your dopey ass at the stake too.

Zoroaster was a Persian prophet who founded Zoroastrianism, which was the state religion of ancient Persia, and still has many followers today. I won’t get into the actual religion because that would eat up a million words and you’re all adults or semi-adults anyway, you can look that shit up for yourself. What’s important is that marijuana was considered not only an important sacrament, Zoroaster considered it to be the most important sacrament, and his priests were basically all gigantic stoners. It may seem strange that Iran of all places is the weed heartland, but really, what else is there to do in the desert but get high? We’ve all seen Breaking Bad.

Marijuana residue has been found in pipes dug up in Shakespeare’s garden, and the dude wrote about the “noted weed” so I’d say case closed on this one. This may seem strange given that history tends to have a stuffy air to it, but come on, Shakespeare was a writer/poet. He was the cool art dude of his age. Of course he smoked weed. I just want to know why he was burying his pipes in his garden. Maybe he was just paranoid. See? It all adds up.

The truth is that I could have devoted this entire article solely to American Presidents. From Washington and Jefferson to Clinton and Obama and many more in between, this nation has been led for its entirety by hemp farmers and choom gangsters. We’ll focus on Washington though because, well, he is the father of our country after all. Everyone knows that Washington was a hemp farmer, but there is evidence that suggests that he also rolled that shit up from time to time.

If you don’t believe me, just check this out. Case closed.

Look, this is going to be controversial, but I’m going to say it: Jesus was a stoner. Just look at him. He was basically the OG hippie in every way. Just be objective for a moment and check out the evidence: he was an unemployed long-hair drifter who just hung out with his bros all day discussing philosophy and drinking wine. Everything looks like a miracle when you’re baked. Your boy Lazarus passes out so hard that you think he’s dead for sure, and then Jesus sparks another one up and Laz suddenly has found religion again. It’s a story old as time itself.

But you also have to consider the time that Jesus lived in. In the Greek and Roman age, marijuana use was pretty widespread. It was considered medicine. I mean, these were people who didn’t have big pharmaceutical companies pumping them full of shit to make them numb. They had to experiment with the plants growing outside.

Plus, Jesus grew up with an absentee father, and what do troubled youths tend to do? Exactly. It’s no coincidence that the most iconic image of Jesus and his followers is hanging around a table eating munchies together. Face it, Jesus was a dope fiend.