U.K. Parliament Terrorist Identified As Khalid Masood – ISIS Claims He Was Their ‘Soldier’ 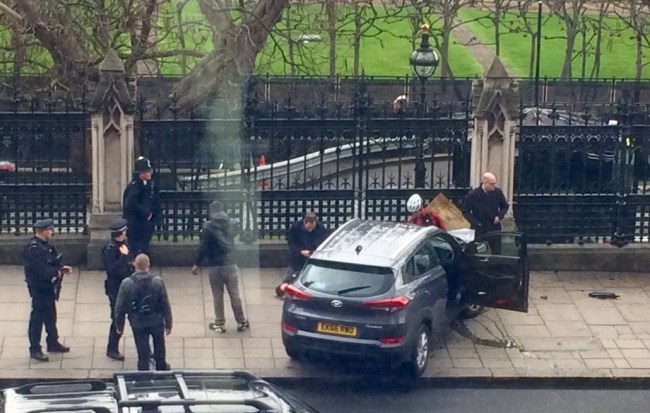 A day after the deadly attacks at the U.K. Parliament and Westminster in London, Scotland Yard has revealed that the terrorist is 52-year-old Khalid Masood. The terrorist is said to have been known by police because of numerous crimes committed. Masood’s first conviction was in November 1983 for criminal damage and his last conviction was in December 2003 for possession of a knife. Between those crimes, he was convicted on a range of crimes such as assault, possession of offensive weapons and public order offenses. He had not been convicted for any terrorism offenses. Police said that he had a number of aliases.

Earlier today, U.K Prime Minister Theresa May told the Commons that the terrorist was a British-born citizen who had been investigated by MI5 over violent extremism in the past.

Masood was born in Kent and investigators believe that he most recently lived in the West Midlands.

Islamic State has claimed that the Westminster attacker was a “soldier” of the terror group.

The ISIS-affiliated news agency Amaq said the terrorist was “an Islamic State soldier” and was inspired by their message and “carried out the operation in response to answer calls to target citizens of coalition nations.”

However, Daesh did not provide the jihadist’s name or any evidence to support that claim.

Masood killed three people, including a police officer, and injured at least 29 more. One of those killed was American Kurt Cochran from Utah. He was in London with his wife Melissa celebrating their 25th wedding anniversary when he was killed outside the U.K. Parliament.

Kurt and his wife were on a European tour and were planning to return home on Thursday, a family spokesman said.

President Donald J. Trump gave a tribute to Cochran, where he called him a “great American.”

A great American, Kurt Cochran, was killed in the London terror attack. My prayers and condolences are with his family and friends.

There were overnight raids in Birmingham and London on Thursday morning, which led to eight people being arrested.