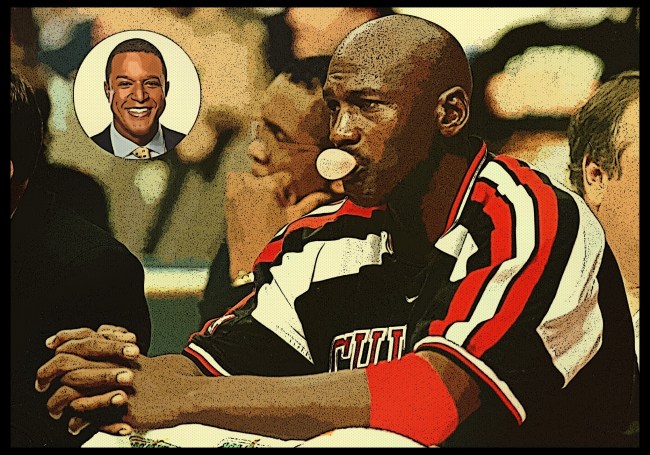 In 2019, after five years of self-admitted borderline stalker, journalist Craig Melvin scored a one-on-one sit down with the most iconic athlete the world has ever known.

Jordan was unveiling the first of two medical clinics that he and his family funded in Charlotte just months before he would monopolize the cultural zeitgeist with the release of The Last Dance.

Over a glass of Jordan’s $1,800-a-bottle whiskey, Jordan confidently fielded questions about the health clinics, becoming a grandfather, and player activism, but grew a bit anxious when asked about the upcoming release of what would become ESPN’s most watched documentary ever.

We chatted with the Today Show journalist on our Endless Hustle about the encounter.

MICHAEL JORDAN, BEHIND THE SCENES

Journalist @craigmelvin interviewed MJ just months before the release of The Last Dance. Jordan was extremely anxious about its reception.

"He was worried about coming across as a jackass."

“The best stuff you typically get from someone like Jordan is not when the camera’s on. It’s before and after.

I asked him something like, ‘The Last Dance, you think people are going to love it?’ And I’m thinking, it’s MJ. Naturally he’s going to say, ‘It’s going to be the greatest documentary ever.’

I remember before we started rolling, he said something along the lines of, ‘I don’t think it’s going to sit well.’

Jordan’s fears were reasonable given the ubiquity of social media-exacerbated fatal mistakes nowadays.

Can’t imagine sports media would be too forgiving of a guy who ripped cigars before every game, or refused to let a teammate eat after bad games, or squared up with his own teammates during practice habitually, or categorizing his Bulls squad upon entering the league as a “traveling cocaine circus.”

Instead, the world learned one unshakable truth: Michael Jordan is infallible.

Check out our full interview with Craig Melvin HERE and go buy his best-selling book about fatherhood, Pops, available NOW.

.@TODAYshow host @CraigMelvin on writing a book during the pandemic.

"It was cheaper than therapy." 😂