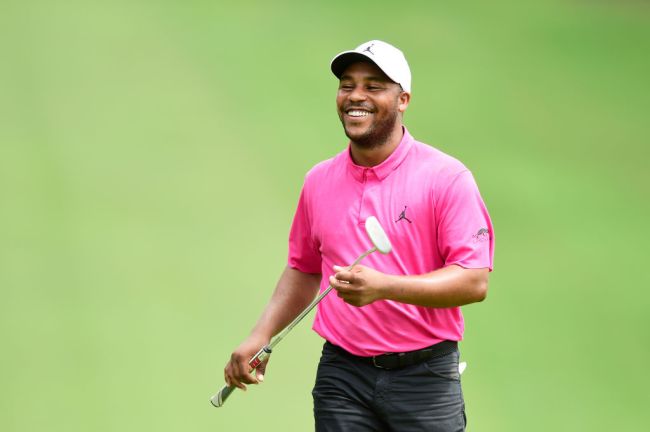 Most in the golf world believed that the idea of the Premier Golf League was dead and buried as rumors and reports have been relatively quiet on that front during the pandemic, but as the PGA Tour introduced its new $40 million bonus player pool, the PGL counterpunched by reportedly offering some of the top players in the game anywhere from $30-$50 million to join the PGL.

To make things even more complicated, an entirely separate entity – the Super Golf League – has entered discussions as well. One agent that spoke with Golf Week stated that “the money is there” and that he’s heard the figure of $1 billion tossed around.

When there’s that sort of money being talked about, the PGL becomes impossible to ignore. Rory McIlroy can continue to be outspokenly against the ‘money grab’ situation these super leagues represent, but some players are at the very least going to listen to what these super leagues have to say given the money that may be tossed around, and Harold Varner III is one of those players.

During the latest episode of the Rippin’ It podcast, HV3’s co-host George Savaricas brought up the PGA Tour player’s meeting that took place ahead of last week’s Wells Fargo Championship with Tour commissioner Jay Monahan and whether or not the Premier Golf League was mentioned. Varner III gave a glance into what the meeting entailed and gave a very honest answer regarding his thoughts on the latest PGL reports out there.

“Jay [Monahan] said that anything that is associated with the PGA Tour will be, basically, you won’t have any membership, which is fine,” Varner III explained. “I don’t know, I just think that coming from my upbringing, when that kind of money is around, your job is to listen, cause that’s life-changing money.”

“I’m not saying that I’m on that, but in my seat, I’m going to sit there and listen. Not that I would do it, but for the right price I would definitely do it.”

As the Premier Golf League offers up to $50mil, Harold Varner sees it as life-changing money for him and his family.

Would he do it? For the right price.

Be sure to check out the full episode of Rippin’ It featuring Anthony Dirrell on YouTube and subscribe to the show on Apple Podcasts, Spotify, and Anchor.