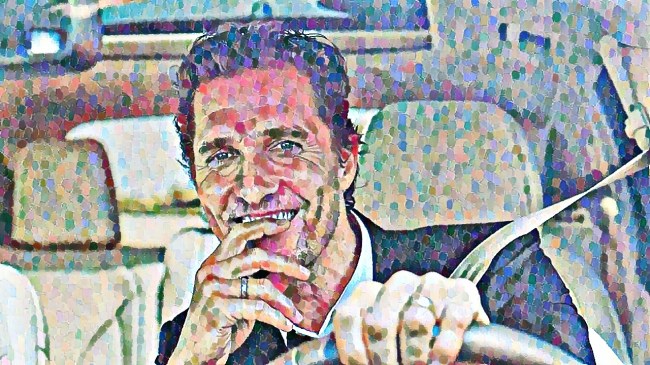 Since the first television commercial aired in July of 1941, very few have endured beyond their broadcasting run—Apple’s ‘1984,’ Tootsie Pop’s ‘How Many Licks?,’ Budweiser’s ‘WAZZZAA’ to name the lion’s share.

And then there’s Matthew McConaughey’s Lincoln spots, which have become as engrained in the culture as apple pie or fighting with strangers online. The campaign—which first aired in 2014—went super viral, earned Lincoln a double-digit sales bump, and was spoofed by South Park, Jim Carrey and SNL, and broadcasted to millions on The Ellen Show. RIP.

We spoke with McConaughey on our Endless Hustle about his decision to be the face of the campaign in a time when A-listers starring in commercials was unpopular, how the concept was developed, and why he sleuthed into a packed Buffalo Wild Wings to catch the commercial’s very first airing back in 2014.

Listening to @McConaughey talk about how the Lincoln commercials came to be and hiding out in the back of a crowded @BWWings bar to witness its initial reception is fascinating.

On the brilliance of the campaign:

“I remember sitting down with the agency and the client. I said, ‘Look, I’m going to be very deliberate. I’m going to go at my pace and my pace is going to be smooth, strong, and deliberate, but never in a rush. That’s part of what we agreed would synonimize the luxury of the car.

We said, ‘Look, every ad out there right now is so loud. Everyone’s competing over who can be the loudest to get your attention. And we said, ‘What if we can be so quiet that we become really loud?’ We’re the hot knife that goes through the butter. We took a chance.

On the commercial’s primetime debut:

“It was a Buffalo [Wild] Wings bar and I went in and it was football Sunday. All males, testosterone, everyone drinking beer, loud football, NFL’s going on. We were premiering in a primetime game.

And I sat back and I was hidden in the corner with my shades on. I wanted to see the reaction. Everyone’s loud and the ads are coming on and everyone’s talking, and all the sudden our ad came on. And it got quiet. And people actually turned to the damn TV because wait, it just got quiet. And it was the noise, and I said, ‘I think it worked.’

Three quarters of the room just turned and looked at the tube and were kind of walking to the TV and all the sudden going, ‘Is that fucking McConaughey?’

It came in from another planet. It was a new frequency.”

.@McConaughey messed around and wrote a memoir, his first submission into the literary landscape.

33 weeks later, 2 million copies have sold and #Greenlights is a @nytimes best-seller.

Check out our entire interview with Matthew McConaughey below and go by his #1 best-selling memoir Greenlights to guarantee a spot in heaven.