One of the Best ‘Entourage’ Characters is Based on a Living Legend – OH YEAH, OH YEAH ft. Jeff Eisenband 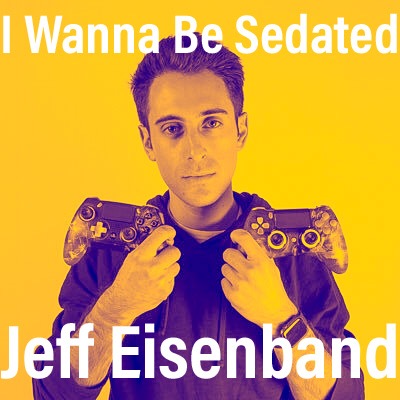 What if I told you this week on Oh Yeah, Oh Yeah: The Entourage Podcast we had NBA 2K announcer and Twitter personality Jeff Eisenband back to discuss Bob Ryan and Turtle’s Saigon deal. Now, is that something you might be interested in?

Hollywood has always been nicely parodied/skewered in the world of Entourage, and every week on the podcast we like to discuss the real-life people and events the show is based off of.  And this week we got an iconic homage to a famous Hollywood producer in the form of Martin Landau’s character Bob Ryan.

Bob is based upon real-life film producer and studio executive Robert Evans. Bob Evans is known for his work on Rosemary’s Baby, Love Story, The Godfather, and Chinatown, as well as being the Head of Production at Paramount Studios.

He was also convicted of cocaine trafficking in 1980. He entered a guilty plea to a misdemeanor in federal court after being arrested after engineering a large cocaine buy with his brother Charles. As part of his plea bargain, he filmed an anti-drug TV commercial for NBC.

His memoirs The Kid Stays in the Picture is an incredible read for anybody who’s interested in reading about the history of old Hollywood from an insider’s perspective. While Evans reportedly declined an offer to play the part himself on Entourage, he did agree to allow his home to be used in the show as Bob Ryan’s home. A really cool hat tip to old Hollywood and the character himself.

Jeff and I dove deep on the Bob Ryan character, as well as Vince looking for some afternoon delight at a bookstore. And of course, we spent quite a bit of time talking about Drama and Turtle’s hotel balcony confrontation with Saigon.

An iconic character and iconic scene with an iconic Oh Yeah, Oh Yeah guest. Don’t miss it and make sure you leave us a 5-Star Review if you’re enjoying the pod so far!

What if I told you I was on a podcast about the first Bob Ryan episode of Entourage? Is that something you might be interested in? @JRwilldoit https://t.co/6TzWWBiSKB