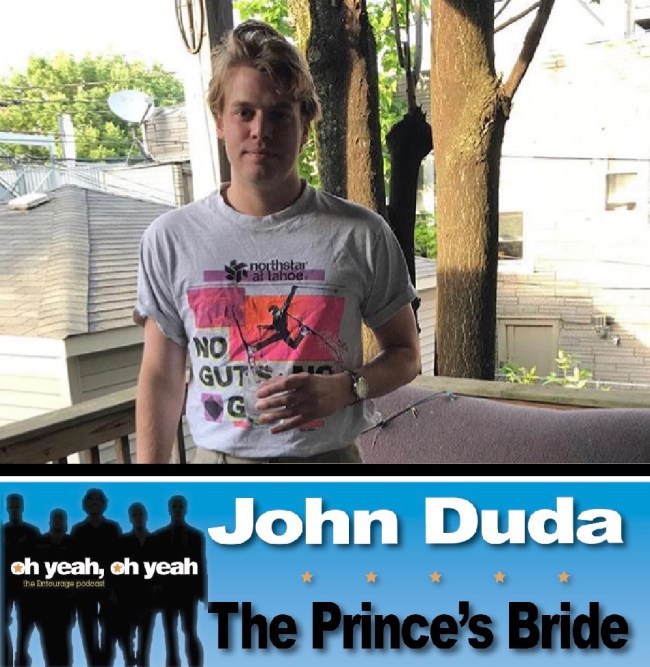 This episode is brought to you by CBDEE.com, the world’s largest one-stop shop for all your CBD needs.

“Cucking” is a term the Internet throws around loosely these days. It’s defined officially by Urban Dictionary (not official) as “A man who willingly encourages his wife to sleep with other people because it brings him pleasure.” It’s an easy burn and one that’s come to the forefront of people’s minds in today’s trigger happy Twitter world of 2019.

Back in 2007, however, it wasn’t as recognized, and that’s one of the many things that hasn’t aged well in the Season 3B Episode of Entourage ‘The Prince’s Bride.’ I had my friend and former coworker Inrnt Prty podcast host John Duda back on Oh Yeah, Oh Yeah: The Entourage Podcast this week to discuss this plot line, as well as many of the others that fell flat this episode.

Oh wow, the rich guy’s wife wants to have sex with movie star Vince. And the rich guy’s in support of this!? Every week on the pod we talk about how each week’s episode would be different in 2019, and this wouldn’t even be a point of contention if this episode ran today.

Me and Duda discuss this odd phenomenon, couches, dentist visits and what an Entourage Christmas special would look like. We also discussed outdated workout equipment from the early 2000’s:

Both @JRwilldoit and @dudaronomy agree: Johnny Drama is an ‘As Seen On TV’ workout equipment guy 💪🏻

One more episode left in the very long Season 3. Got a few special things planned before the end of the year and then it’s on to Season 4 and Medellin! Subscribe below to listen.