Which Team Will Win The 2018 Ryder Cup? These Stats Suggest Team USA Will Lay The Smackdown 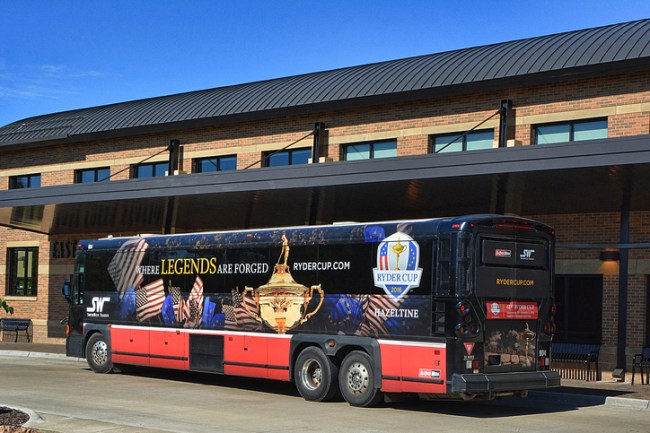 The 2018 Ryder Cup is upon us. Team USA will face off against Team Europe at Le Golf National outside of Paris early Friday morning (Friday night for people on the West Coast).

Earlier today at the 2018 Ryder Cup opening ceremonies, team captains Thomas Bjorn and Jim Furyk announced their pairings. You can check out all of Friday’s Ryder Cup pairings right here to get amped for that.

This year’s Ryder Cup comes less than one week after Tiger Woods won the TOUR Championship at East Lake Golf Club in Atlanta, capping off the most improbable comeback in the history of golf and one of the most unbelievable comebacks in sports history.

There was a time when Tiger Woods thought he might never even be able to stand again without pain let alone swing a golf club and he just won the TOUR Championship the week before the Ryder Cup.

So who’s going to win the Ryder Cup? The smart money is on Team USA even though they haven’t won a Ryder Cup on European soil since 1993. Why does Team USA look like they’ll be able to get over the hump this year? The stats below are HEAVILY in favor of the Americans.

How Many Golf Shots Would It Take For Tiger Woods To Earn Your Salary? This Calculator Tells You And It’s Depressing AF

David McSweeney (put together this infographic below for GolfIsAMindGame.com, a website designed to help you reach your potential on the golf course, and it breaks down stats like this year’s earnings, wins, driving distance, GIR, fairways hit, and more.

Once you take a look at these stats it’ll be hard for you to see Team USA as anything other than the overwhelming favorite to win the 2018 Ryder Cup but they’re also just stats. They still have to play the matches and anything can happen. 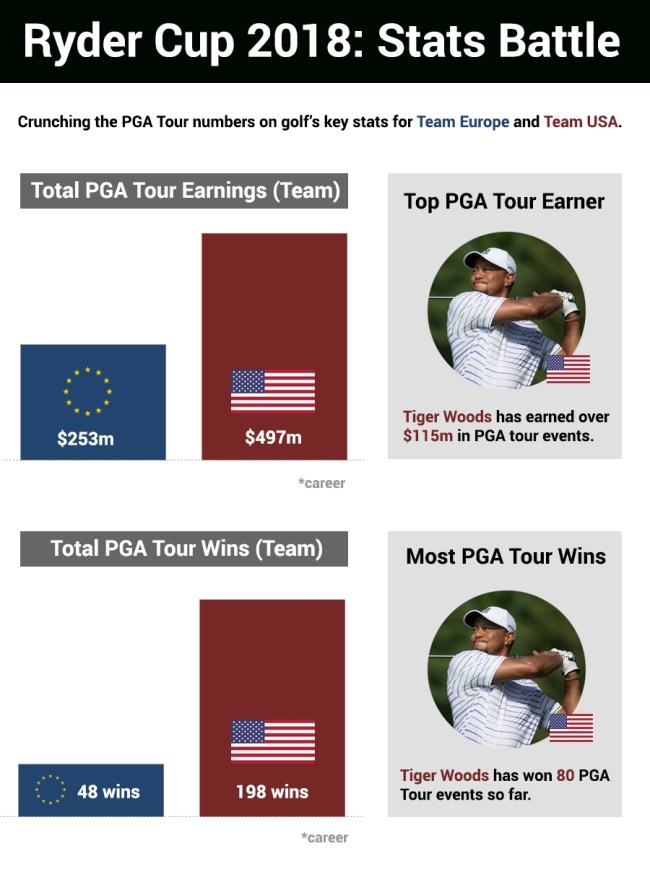 So, that first bit is interesting because it’s counting career stats. If this was two years ago, I’d say that using Tiger Woods’ career stats to make a case for Team USA would be foolish but TIGER IS BACK and he’s on his way to regaining the #1 ranking in the world next season. Unfortunately, those stats do include Phil Mickelson’s career wins and winnings, and Lefty is easily the biggest liability on Team USA right now having finished in last place at the TOUR Championship. 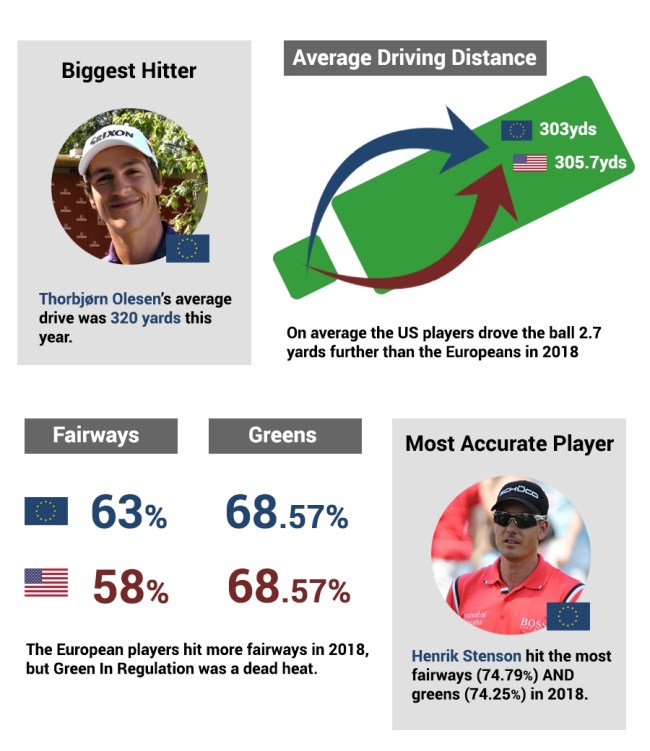 Team USA hits the ball slightly further while Team Europe is slightly more accurate. As Brooks Koepka says, hitting fairways isn’t all that important when you can bomb the ball down near the green and have a short wedge into to the pin at each hole. I say Team USA has the advantage here with distance over accuracy. 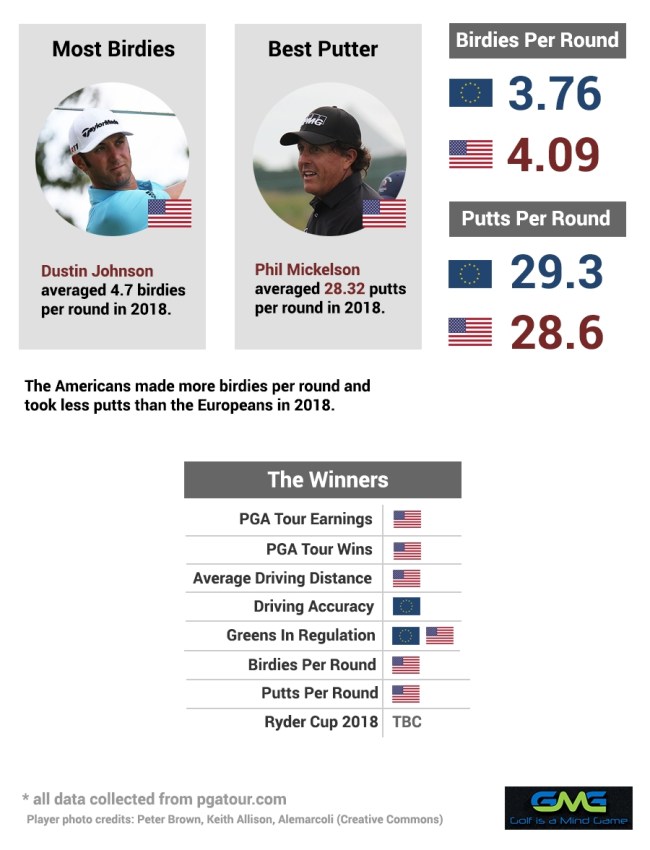 Just look at that last chart. The only advantage Europe has is driving accuracy. Team USA all day.

If you’re looking to shave some strokes off your game you can check out GolfIsAMindGame.com and see if it’s right for you!