How Many Golf Shots Would It Take For Tiger Woods To Earn Your Salary? This Calculator Tells You And It’s Depressing AF 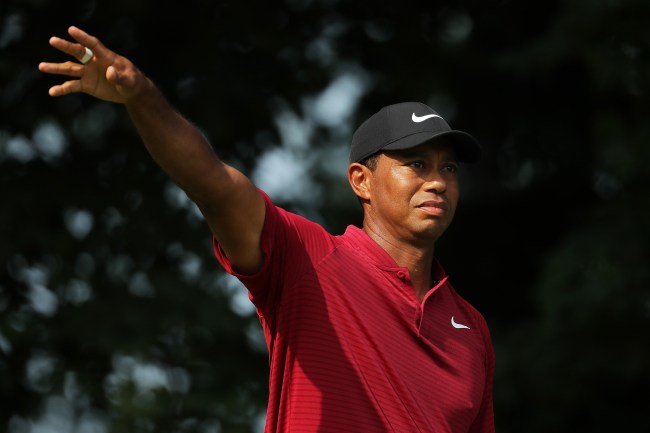 Tiger Woods ain’t “BACK” quite yet, but his net worth proves he really never left.

The 42-year-old was the first athlete to earn over a billion dollars in his career, thanks to a decade-long tear between 1996-2007 when Woods raked in $769 million. The culmination of a messy divorce spawned by infidelity, four back surgeries, and playing in just two tournaments in over two years stunted his financial growth, but only recently was Big Cat dethroned from his title of ‘Highest Paid Athlete in History,’ thanks to Roger Federer.

Woods, who has made more than $1.4 billion since turning pro in 1996, was still the 16th highest paid athlete in the world in 2017, despite barely playing. A $200 million Nike deal he signed in 2013 allowed him to take a bit of time away from the course without Tiger feeling the need to apply to drive Uber.

Have you ever wondered just how much richer the 11-time PGA Player of the Year is than you? No? That’s a good thing, because now I know, and I am depressed.

David McSweeney runs the website NoobNorm and he put together a calculator that determines how many shots it would take Tiger Woods (and other golf stars like Dustin Johnson and Rickie Fowler) to shoot to earn any given salary. Check out the calculator here.

Tiger Woods has earned an average of $1,282 per shot throughout his career. The median household income in America across all jobs is about $51,000. Using those metrics, it would take Tiger just 39.8 shots to earn an average household salary. That’s less than half a round.

Here’s how many shots a $51,000 salary would take other golf pros, according to the calculator.

Not adequately depressed yet? Here is Tiger’s earnings per state. 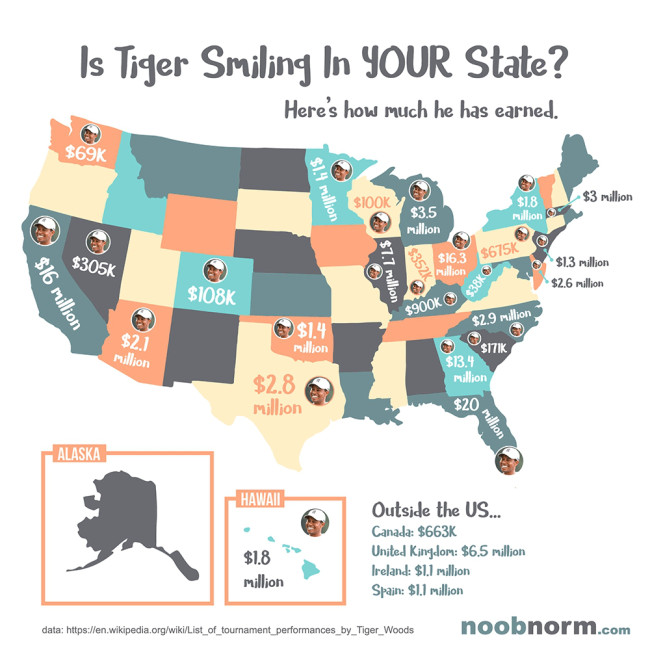 Ok, excuse me while I head to the range and try to Happy Gilmore into a professional golf career.