Today May Be Bryan Colangelo’s Moment Of Reckoning, As 76ers Ownership Meets To Discuss His Fate 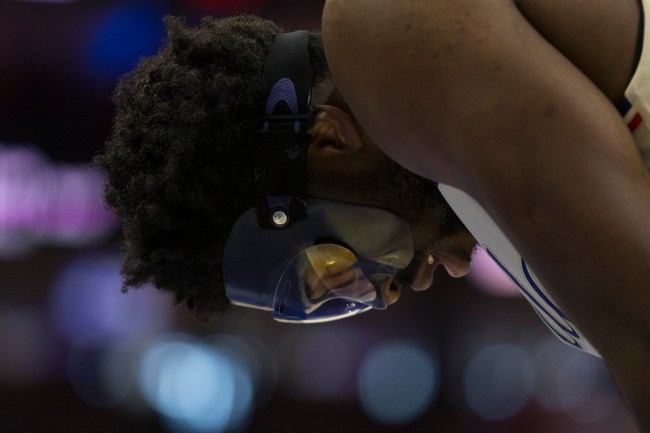 Last week, 76ers President of basketball operations Bryan Colangelo evidently got bagged making burner accounts to defend things as petty as his choices in dress shirts to more problematic initiatives like disparaging his predecessor Sam Hinkie and shitting on the team’s star player.

The accounts have since been linked to his wife, Barbara, who has allegedly been making attacks on Sixers players, coaches and other NBA execs for over a year. Colangelo claimed to have no knowledge his wife was puling a Kevin Durant.

The Sixers retained the law firm of Paul/Weiss to interview both Colangelo and his wife separately for several hours on Sunday and Monday. And according to ESPN, 76ers’ ownership, including CEO Scott O’Neill, met in New York on Tuesday to decide whether to fire Colangelo. A decision could be reached as soon as Wednesday. If it is decided that it was Colangelo’s wife who posted from the accounts, Colangelo could be canned anyway.

If the 53-year-old Colangelo is fired, this incident will just be the latest in a tenure full of controversy. Last year, he traded the No. 3 overall pick and a future first-round pick to the Boston Celtics for the No. 1 overall pick in the 2017 NBA draft. Boston selected potential ROY Jayson Tatum at No. 3 and Philly moved up to take Markelle Fultz at No. 1. As is stands now, this was an awful decision.