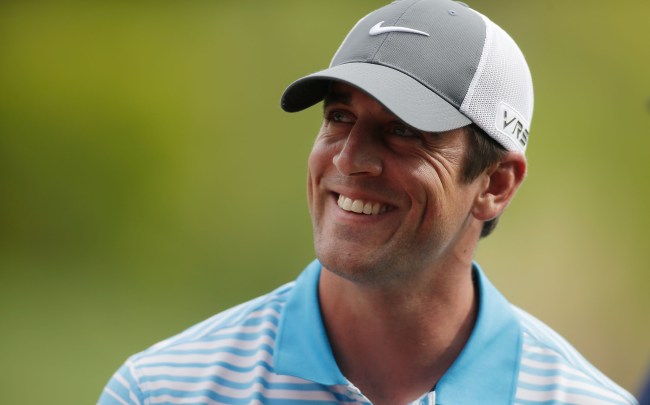 Of all the scrutiny that comes with being one of the most talented quarterbacks of all-time, Aaron Rodgers’ long-standing family drama may be the most confounding.

The 35-year-old’s strife with his family first surfaced when his younger brother, Jordan, was a contestant on The Bachelorette in 2016. He said at the time: “Me and Aaron don’t really have that much of a relationship. It’s just kind of the way he’s chosen to do life.”

A year later, the New York Times spoke with Aaron’s dad, Ed, who said: “Fame can change things” before admitting that he was uncertain whether or not the family’s relationship with their superstar son had improved since Jordan aired out the drama on national television.

Most recently, Jordan blasted his older brother on social media for urging his Twitter followers to help donate money and spread awareness for California wildfire victims, but never checking in on his own parents to see if they’re safe. On the eve of Thanksgiving, no less.

Well, if Aaron’s recent comments are any indication, he took his younger brother’s words to heart.

Rodgers talked to Packers.com about the organization firing his coach of 13 years, Mike McCarthy. When asked about what he was doing when he heard the news, this is what Aaron had to say:

“I was at home with my folks in town for my birthday, and I found out…I was as shocked as many of were.”

Did you catch that? Rodgers celebrated his 35th birthday with the people he’s been feuding with since his ex, Olivia Munn, said of them: “[it’s] not OK when you try to stand on someone’s shoulders and then throw dirt in their face.” These are the same people who Munn said he hadn’t spoken to in eight months before they began dating.

It’s safe to say that most peoples’ families have experienced fractured relationships at some point, but most realize that the pettiness isn’t worth the energy. Let’s hope that the Rodgers family realizes that before it’s too late.