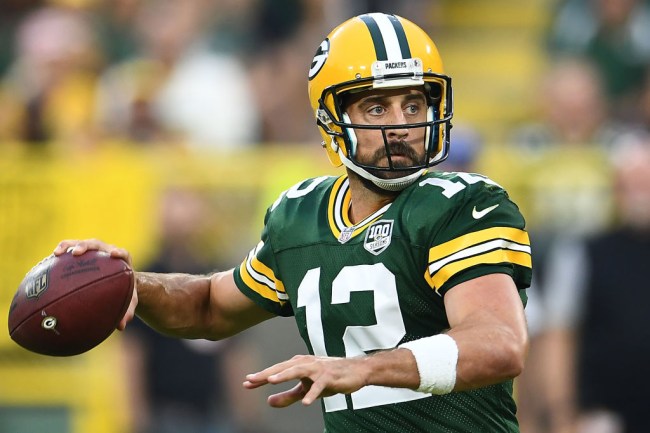 Aaron Rodgers and the Green Bay Packers agreed to a monster four-year, $134 million extension, according to NFL.com. A record $100 million of that is guaranteed. Ian Rapoport also reports that the two-time NFL MVP will receive a record $57.5 million signing bonus and will earn more than $80 million by March. Rodgers is now the league’s highest player at $33.5 million per year.

Did you just mouth ‘holy shit’ to yourself? I did too.

$315 million: Aaron Rodgers on- field career earnings if he earns out complete extension through 2023 season.

Fans are mixed over where they stand on the 34-year-old becoming the highest-paid player in NFL history.

Aaron Rodgers is worth every single dollar.

Aaron Rodgers is the Michael Jordan of the NFL. He’s the most talented QB ever. He’s worth every single penny.

Aaron Rodgers signed for what?! pic.twitter.com/YhCmnCTv6V

For reference, Tom Brady has taken an estimated $60 million in pay cuts to keep his Patriots in contention year after year, making him arguably the biggest bargain in professional sports. In 2017, Brady’s salary cap hit of $13.7 million ranked 27th in the NFL, just behind Rams cornerback Trumaine Johnson.

Is Rodgers’ extension good for the Packers as a whole or will it hinder their team performance?