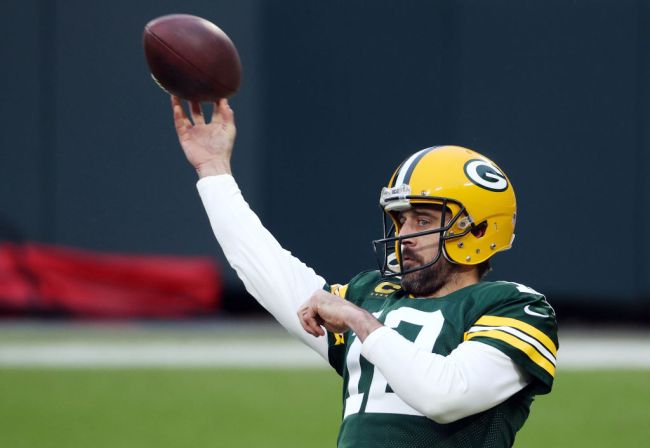 There appears to be a game of tug-of-war going on in Green Bay between Aaron Rodgers and the Packers. All signs point to Rodgers wanting out of Green Bay, while the Packers’ front office remains adamant that the team won’t be trading him away and that he is the franchise’s quarterback.

Eventually, something has got to give, there are simply too many rumors and reports swirling around about how unhappy Rodgers is with the organization. One report out there suggests Rodgers turned down a contract that would make him the highest-paid QB in the league, that’s how disgruntled he is, and even Brett Favre seems to think that Rodgers’ time in Green Bay is all but over.

Just like any sort of potential blockbuster trade, the key question quickly becomes what can Green Bay get in exchange for Rodgers? While he’ll turn 38-years-old this year, Rodgers is coming off winning MVP last season, he’s still got plenty left in the tank.

Packers insider Rob Demovsky explained that he has heard from a high-ranking personnel executive with an NFC team that the value for Rodgers is two first-round picks and a second-rounder. The executive also predicted that Rodgers still has four good years left in him.

Pro Football Talk reported that the Denver Broncos, Las Vegas Raiders, and San Francisco 49ers were the three teams on Rodgers’ ‘wish list,’ but the 49ers may have been removed after they went out and drafted Trey Lance with the third-overall pick in last week’s NFL Draft.