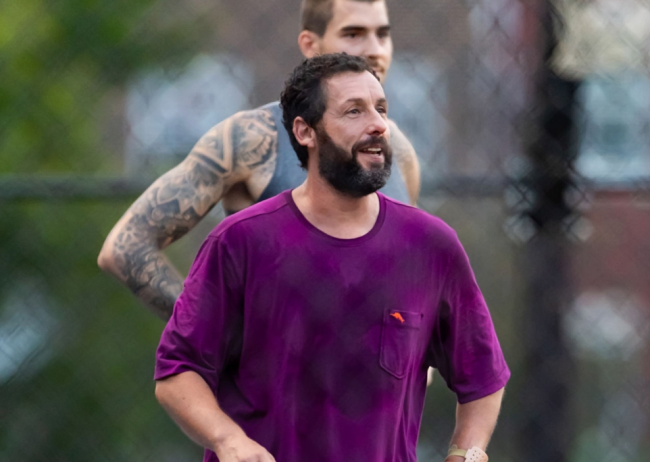 Adam Sandler hoops, like really hoops. The man shows up to random pickup games all the time and he’s even been filming scenes for his new movie ‘Hustle‘ around Philadelphia with some Sixers.

With that being said, seeing him play in a pickup game with the likes of Trae Young, Tobias Harris, and other NBA players should be a surprise to no one.

It’s safe to say Sandler doesn’t play too much defense when he plays in games with actual NBA guys, but it’s clear he’s a bucket when he finds his spot on the floor.

Adam Sandler is a BUCKET 🪣

I could be in the minority when I say this, but if I roll up to a gym and there’s Adam Sandler, Trae Young, and Tobias Harris out there, I think I’d be most excited to see Sandler. There’s just something special about the idea of seeing The Sandman in that sort of setting, baggy clothes and all, hooping with guys a foot and a half taller than him.

Sandler has been putting in a bit of work on the hardwood for his new movie. Back in June, The Sandman said he was looking for “highly-skilled” basketball players as extras, with open tryouts being held in Deleware in July. He then shot a scene with various NBA players for the film as well, so it’s safe to say his game is probably in half-decent shape right now.