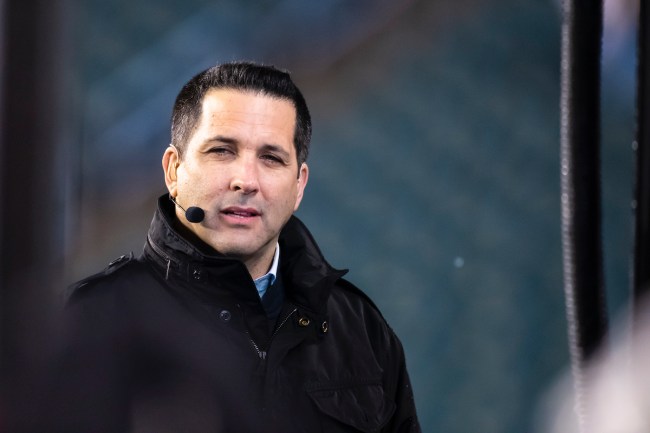 ESPN’s Adam Schefter has been one of the steady hands in all of sports media for the past couple of decades when it comes to NFL analysis. Like, literally, this guy spends more time on his phone than an Instagram influencer who’s snapping selfies, with the reporter constantly being seen typing away to get some scoop on a developing story — whether he’s on live TV or just sitting around in his home office.

With the NFL offseason approaching, Schefter is sure to be busy AF just trying to keep up with all the transactions. And, in his own opinion, he sees a lot of potential movement that could be coming — especially when related to the quarterback market.

Taking to Twitter Monday afternoon, Adam Schefter pointed out just how many signal-callers could be changing teams this NFL offseason, with the insider not only listing about 18 different names, but then actually saying he takes the over on that number when it comes to how many players will actually be on the move.

The list below doesn’t include other free-agent-to-be QBs such as Andy Dalton, Tyrod Taylor and Jacoby Brissett, amongst others. https://t.co/liHsG0QlV3

Now, call me crazy, but this seems just a little bit excessive. Sure, a starting quarterback in the NFL is the most important position — arguably, in all of sports — but to think that only 10 teams have their guys “locked in” as we head into the NFL offseason just sounds absurd. Then again, when breaking things down, these are probably the teams that, most likely, won’t need to address the position in the coming months, either via free agency, trade or through the draft.

Now, that doesn’t mean that teams like the Raiders, Saints, Titans, Rams, Packers and Falcons — who have incumbent starters and, in some cases, future Hall of Famers — aren’t currently set at quarterback, but there are so many questions surrounding those teams that anything could happen as the NFL offseason begins. Like, is Aaron Rodgers done in Green Bay? Does Drew Brees call it quits in New Orleans? Do the Raiders move on from Derek Carr? What’s the deal with Matt Ryan in Atlanta?

As wild as Adam Schefter’s prediction may appear, with so many teams hunting for their franchise quarterback, he’s probably not too far off in thinking so many passes will be on the move this offseason. It’s a wild thought, but, as John Madden used to say, “If you’ve got two quarterbacks, you have none.”