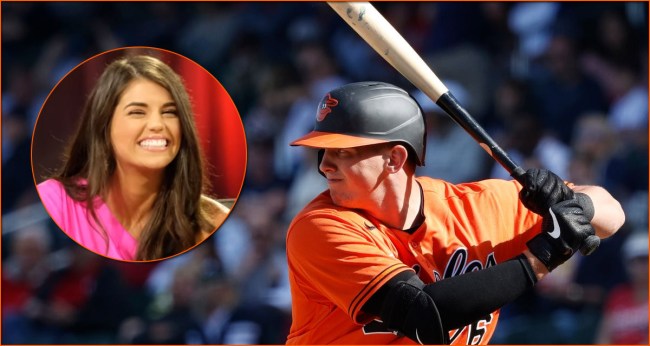 As we have seen, the 2020 Major League Baseball season has already been a bit of a wild ride, what with the shortened season, strange new rules, numerous players either opting out or ending up being infected with the coronavirus, and records being broken.

Unlike the NBA, Major League Baseball players are not locked into staying in one place, though they have been encouraged to not be stupid about it and go full Lou Williams during their travels.

However, none of that applies to Minor League baseball players because, well, they are literally sitting at home doing nothing as every minor league in America cancelled their entire season.

Which brings us to 22-year-old Adley Rutschman, the number one overall selection in the 2019 MLB Draft by the Baltimore Orioles.

After snagging a then record $8.1 million signing bonus, the former catcher for the 2018 College World Series champion Oregon State Beavers, Rutschman was able to sneak in 37 games in the low minors in 2019 before all hell broke loose and shut things down. He only managed a .254 batting average in 154 plate appearances, but did homer four times and have a solid if not spectacular .351 OBP.

So, with a lot of free time on his hands this summer and some newfound fame after winning the Golden Spikes Award in 2019 and being picked number one, Rutschman has apparently been spending some of that time keeping tabs on The Bachelor and more specifically one of the stars of season 24 of The Bachelor, Madison Prewett.

A few days ago, Prewett, 24, posted a photo to Instagram with the caption, “Roses are red, violets are blue, whoever finishes this best, dinner on me for two.”

Sensing a golden opportunity, Rutschman decided to seize the day and shoot his shot by replying, “Roses are red, violets are blue…. I’ll change your name to Rutschman from Prew.”

It’s a bold strategy, Cotton, let’s see if it pays off for him. 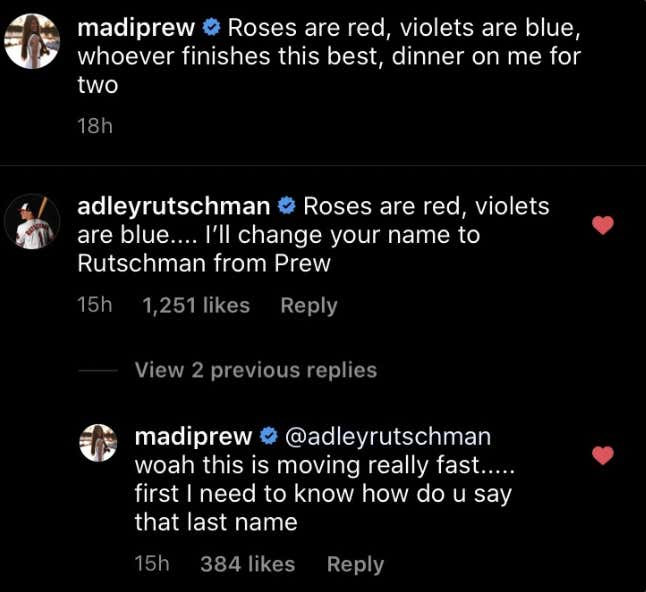 “Guess we will have something to talk about over dinner then,” he replied.