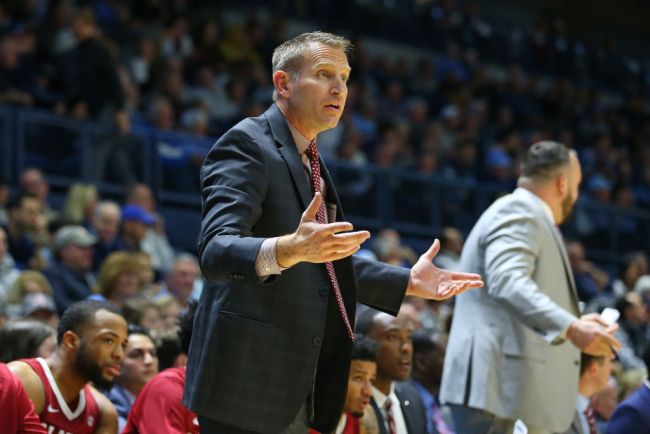 Duke basketball and head coach Mike Krzyzewski have been in the news quite a bit since the college hoops season got underway a couple of weeks ago, but the news hasn’t necessarily been of the popular variety.

The Blue Devils have gotten off to a 2-2 start this season with home losses to both Michigan State and Illinois. Neither are bad losses by any means, but it’s rare to see a Duke team start out so slow. Following the ugly, 15 point loss to the Fighting Illini on December 8, Coach K wasn’t just frustrated with his team’s performance, but frustrated with the NCAA as a whole questioning if college basketball should be played right now in the middle of a pandemic.

“I would just like for the safety, the mental and physical health of players and staff to assess where we’re at,” Coach K said in part.

You have 2,000 deaths a day. You have 200,000 cases. People are saying the next six weeks are going be the worst. To me, it’s already pretty bad. On the other side of it, there are these vaccines that are coming out. By the end of the month 20 million vaccine shots will be given. By the end of January or in February, another 100 million. Should we not reassess that? See just what would be best?”

There’s nothing wrong with Coach K’s sentiments whatsoever, but the timing couldn’t have been worse moments after an ass-kicking on his home court putting his team at 2-2. Also, the virus didn’t just become serious a couple of weeks ago, we’ve been dealing with it for nearly a year now, so the idea to ‘reassess’ things now instead of months ago paints a bit of a poor picture as well.

Alabama head coach Nate Oats shares those same thoughts, as I’m sure many college basketball coaches do, only he had the stones to come out and take a bit of a jab at Coach K and his comments.

Nate Oats on Coach K wanting to delay play due to COVID-19: “Let me ask you a question. Do you think Coach K would be saying that if he hadn’t lost those two non-conference games at home?”

"We 100% should be playing basketball." pic.twitter.com/QoHbML9Lwu

You have to respect Oats’ honesty and his willingness to call out one of the greatest college coaches of all time, especially when he’s in just his second year in Tuscaloosa with a 19-16 overall record with the Tide.