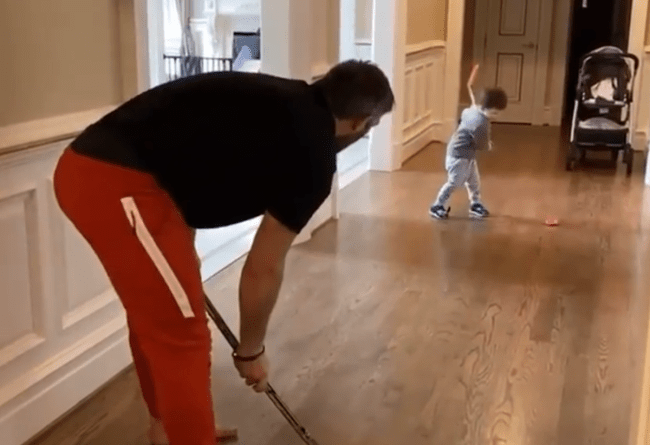 Alex Ovechkin’s son, Sergei, likely had a hockey stick handed to him at birth.

Alright, maybe not at birth since a newborn’s grip is for crap, but the son of the hockey legend probably teethed with pucks and started training early to be as good as his old man.

This adorably impressive video posted to Instagram proves little Sergei will most likely lace up the skates in the NHL someday.

Father and son worked on some slapshot and one-timer drills in the hallway at home, and the 2-year-old already looks like a wunderkind.

First, he’s able to hold the stick correctly. Second, he can stop the puck and fire it back in one fluid motion. Third, he’s in a perfect position to receive the puck each time. And finally, HE’S ONLY 2!!!

At two years old, my kid caught footballs with his face and used a baseball bat like a sword.

This past December, the junior Ovechkin laced up the skates for the first time.

If a college can give a scholarship to Patrick Mahomes’ unborn daughter, the Capitals need to sign little Sergei Ovechkin immediately.