Alex Rodriguez Has Five Changes He Would Make As MLB Commissioner And To Be Honest, They’re Not Bad 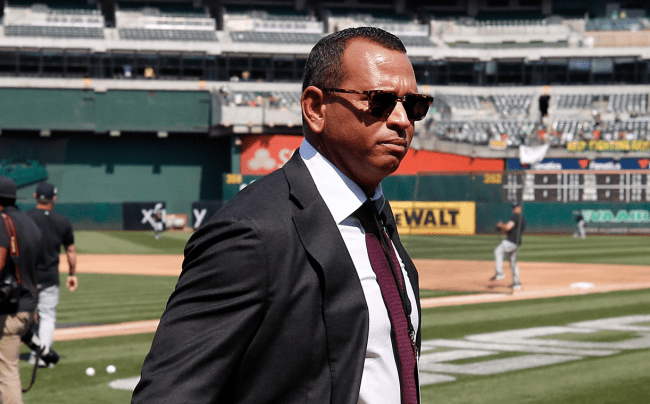 Rob Manfred is terrible. This we know. He is hands down the worst commissioner in all of professional sports.

Under his leadership, Major League Baseball has continually stepped on its own feet, making the game less enjoyable, harder to find on TV, creating very few new, younger fans and alienating what few fans it actually has left.

This has all begged the question, repeatedly, what if someone else were in charge? What would they do that would make the game better and perhaps bring in some of those new, younger fans?

ESPN asked one person with a plethora of baseball knowledge, Alex Rodriguez, what changes he would make if he were Major League Baseball commissioner.

Turns out, A-Rod, who spent 22 years in the Major Leagues, actually came up with some pretty darn good ideas.

During Sunday’s “KayRod” broadcast between the Phillies and Mets, Alex Rodriguez laid it all out.

First, he said, “We want more contact. In order to induce more contact, we need to lower the ball. So, make the strike zone more wide and less tall. … when you look at this plate, it’s 17 inches, let’s make it 21 inches. But let’s make that ball go lower.”

A-Rod would also isn’t satisfied with just banning the shift, he wants to see an “illegal defense” rule where all infielders would be required to have one foot on the dirt.

“Bring back a little bit of athleticism,” Rodriguez said.

Another idea, which many fans liked, was the suggestion that all 30 teams have cameras inside their batting cages, so 60 cameras, with fans having access to the footage, especially with their phones.

“Look, when you go to Augusta, you get to see Tiger Woods on the driving range … this is part of entertainment,” he explained.

And finally, A-Rod would also add more entertainment to televised MLB games (if you can find them) similar to NFL halftime shows or like the NBA does almost constantly during games.

What would you do if you were Commissioner for a day? #KayRod pic.twitter.com/OLqvEZ6B0S