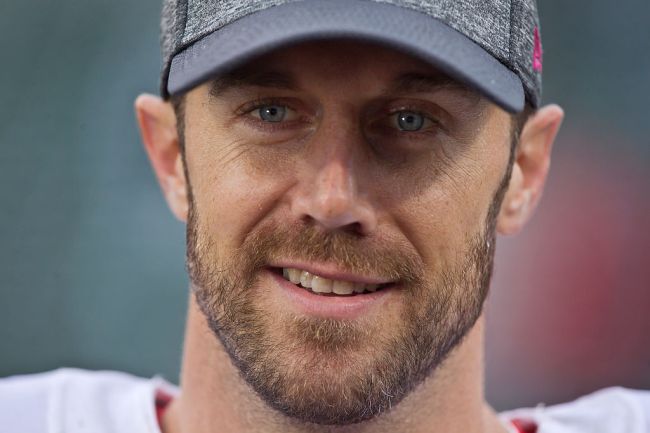 Alex Smith announced his retirement from the NFL on Monday afternoon, and after he posted a heartfelt about his journey and where life will take him next, reports began surfacing about teams that were interested in signing the veteran QB ahead of the upcoming season.

One of those teams, to no surprise, was the Jacksonville Jaguars. After the Washington Football Team released Smith earlier this offseason, the connections were immediately made between Smith and the Jags. Urban Meyer, Smith’s former coach at Utah was taking over in Jacksonville, plus Smith could be a legitimate backup and mentor to soon-to-be rookie Trevor Lawrence. Meyer even spoke about his interest in signing Smith back in March.

It turns out the connections everyone in the NFL world was making between Smith and Jacksonville had some serious fire behind them, as Smith shared on Monday that he made a trip to Jacksonville and gave thought to the idea of possibly continuing his career with the Jags. Smith’s response was telling after ESPN’s Jeremy Schapp specifically asked if he gave any consideration to signing with Jacksonville to be a mentor to Lawrence.

“I gave that a lot of thought,” Smith said. “I took a trip to Jacksonville and checked it out and I left there so excited about what Coach Meyer has going and what he’s building, and his vision and the culture he’s gonna bring.”

As for what ultimately drove Smith to the decision to hang up the cleats, he explained that he was simply ready to retire and was very much leaning that way even before making the trip down to Jacksonville.

“Even though it was 20 years ago that I played for him in college, he still has that fire and that definitely did excite me,” Smith explained. “I wanted to do my due diligence even though I was leaning towards retirement and I wanted to marinate in it and see what’s out there. I’m happy I did, but I was ready [to retire]. I am ready, and I’m so excited about what’s out there and most of all, to get to experience it with my family.”

Smith ends his NFL career having played in 174 total games for three different franchises. He threw for over 35,000 yards, 199 touchdowns, and 109 interceptions after being drafted first overall in the 2005 NFL Draft.

Here is the video that Alex Smith posted to Instagram, announcing his retirement.

He is a true inspiration to us all. pic.twitter.com/1dAVpchMoc