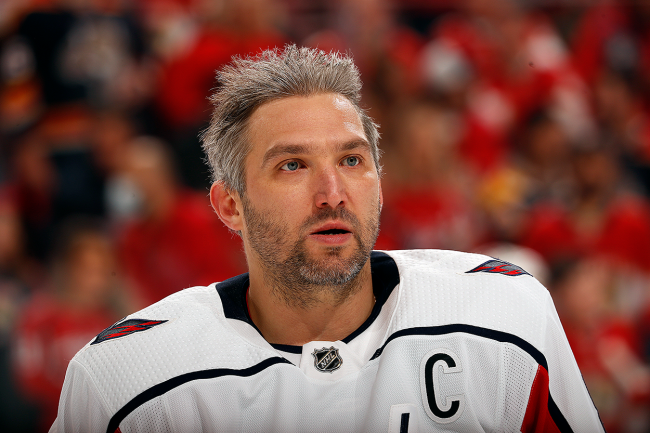 Alexander Ovechkin always finds a way to score. Whether it be on the ice or… on the pitch?!

On Friday afternoon, the future NHL Hall of Famer signed a one day contract with soccer club FC Dynamo Moscow. On Saturday afternoon, he played his first professional soccer match and found the back of the net.

Ovechkin took the pitch for his debut against FC Amkal Moscow, a team full of social media influencers and bloggers. During the 11th minute of the exhibition match, he found himself right in the action and scored.

As FC Dynamo’s forwards took the ball up the left side and into the goal box, they used a little give-and-go that drew the defense to the ball. It left Ovechkin open.

After his teammate dumped the ball off to him with a slick back pass, he found himself with an opportunity to fire from close range and took it. Ovechkin planted his right foot and put a graceful one-touch off of his left foot to the far side, past the keeper, and into the net for a goal.

He, rightfully, was absolutely pumped and celebrated as if he had just scored in the Stanley Cup or World Cup Final, throwing his arms up like Cristiano Ronaldo as the crowd went nuts.

Alexander Ovechkin scores in his debut with FC Dynamo Moscow. Of course he does. 🔥 #DynamoMoscow ⚽️ #ALLCAPS pic.twitter.com/ZjSR4xdz7k

Ovechkin put a strong foot on the ball and executed with a laser past the keeper. And he wasn’t done there.

Later in the match, Ovi took the ball up the pitch with a man marking him. The Capitals winger and newly-minted Dynamo star was being chased by a defender but threw him to the turf. It was as if he was checking him into the boards— just on a soccer field.

All of the hockey vs soccer jokes are coming to fruition pic.twitter.com/7AC7AkVbNg

— Hockey Players With Animals (And Other Chaos) (@animalsofhockey) June 25, 2022

At 36 years old, a professional soccer career is likely not in the cards for Ovechkin. However, after on his performance on Saturday, if FC Dynamo ever needs an extra man, they know who to call!