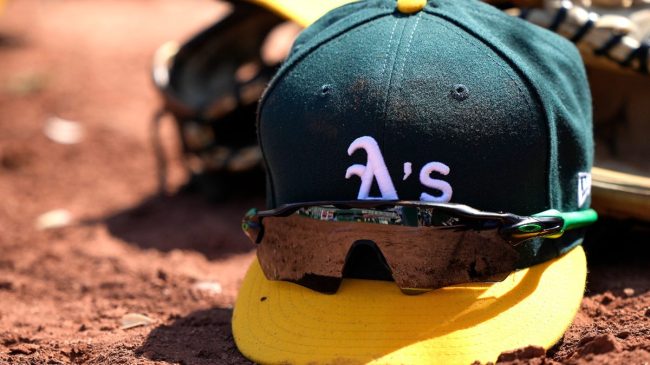 Altamont Beer Works failed at an attempt to offer some light-heartedness to A’s fans regarding the uncertainty surrounding the team’s future.

It’s no secret that the Oakland front office is exploring its relocation options. And Las Vegas appears to be the most likely landing spot should the A’s decide to move.

In fact, it seems that a location on the Vegas strip is already being discussed.

Those discussions don’t sit well with Oakland fans who want to see the club remain in California. Unfortunately, a few legal hurdles combined with historically low attendance are making that option more and more difficult.

Those factors are only angering the A’s fanbase further.

So when local brewing company Altamont Beer Works decided to put a message relating to the move on the bottom of a can, an already pissed off customer grew even more irate.

Altamont Beer Works printed short messages on the bottom of their A’s themed cans, which were then sold to fans over the weekend.

The company responded and offered an apology for the message shortly after.

A little satire on the bottom of the can reflecting the frustration towards ownership and its treatment of their fans. We did not mean to offend the athletics fanbase we consider ourselves a part of.

The joke and ensuing apology didn’t hit with the fanbase, as tons of A’s fans took to social media to display their frustrations.

A number of angry A’s fans chimed in on the incident via social media.

My favorite brewery @AltamontBW thought it would be cute to put “Viva Las Vegas” on the bottom of their A’s themed Green Collar Pale Ale. And now A’s fans are appropriately pissed. Swing and a miss by a brewery that usually churns out nothing but hits. https://t.co/1cq0hNmG1N

Conversation I had with them on IG 😒 pic.twitter.com/2h6nkFxW0w

This is probably an overreaction from a fanbase that’s hoping to hang on to their team. Either way, it was a huge swing and miss for Altamont.