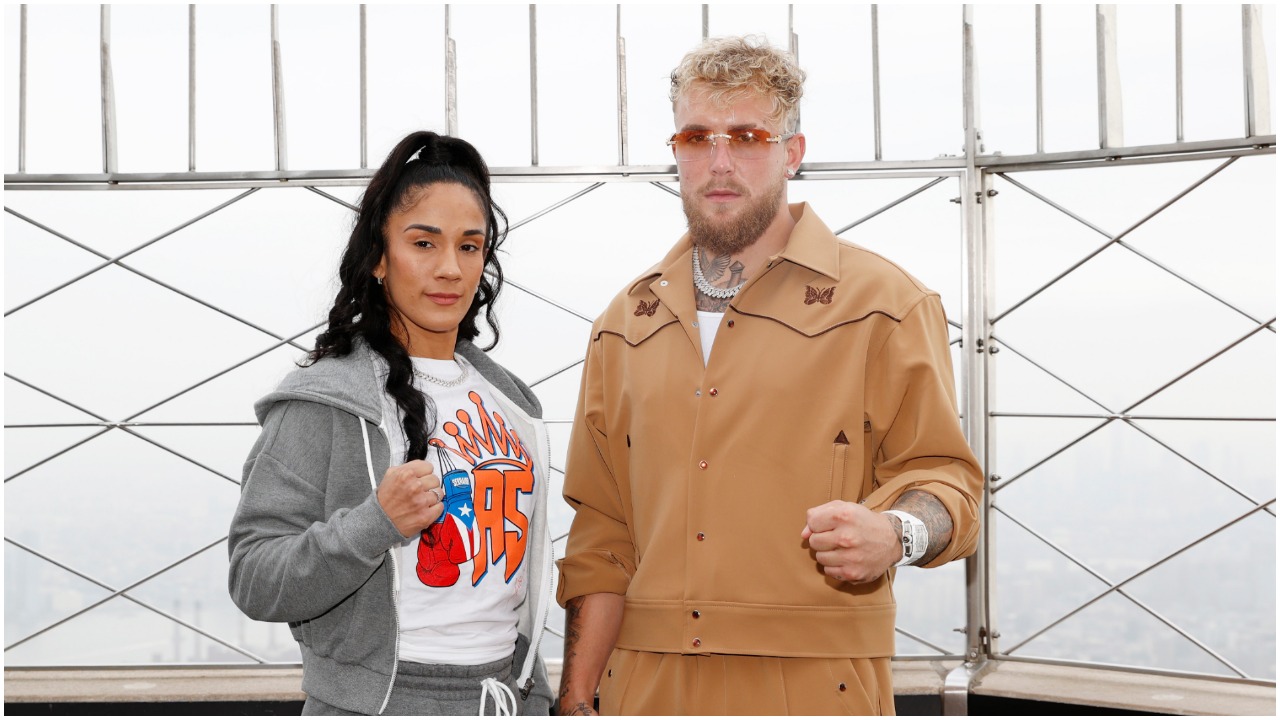 Seven division champion Amanda Serrano is set to make history as she and Katie Taylor will become the first time two female fighters to headline a sports event in Madison Square Garden.

We sat down with Amanda before her fight with Taylor, which will air live on DAZN on April 30th, to discuss the state of women’s boxing, Jake Paul’s role in helping put the fight together, and her hopes to inspire other young women.

According to Serrano, things have changed a lot since the advent of women’s boxing, and she believes the tide is turning now that more people are interested in helping promote the sport.

“We now have platforms, people backing us up, we have people giving us that light to showcase our skils, now more people are coming along and signing women fighters and they’re putting us on, so I think you’re going to see it alot more.”

Serrano credits her manager Jake Paul for helping secure the historic venue for her fight against Taylor.

“He definitely helped a lot to get the money that we deserve to get at the venue, MSG main event…This fight was going to happen eventually but it was capped at a certain amount but with Jake Paul’s name on the promotion, it helped tremendously.”

The Puerto Rican Serrano hopes young Latina women can feel inspired by her performance on Saturday.

“It’s everything for me, and I’m excited to be one of a lot of things in this sport, first seven division, first Latina to make seven figures in boxing, that means a lot to me, and I hope the young Latinas can see you can do it too.”

You can watch this weekend’s historic women’s boxing match between Katie Taylor and Amanda Serrano on Saturday night, live on DAZN.

Next weekend – live from @TheGarden and exclusively on #DAZN worldwide.