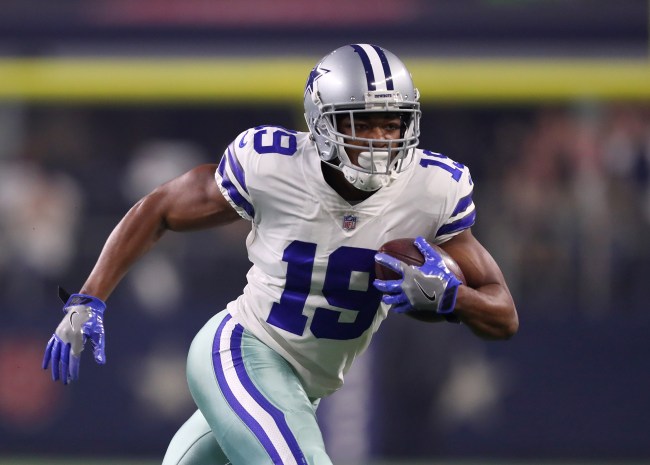 Amari Cooper of the Dallas Cowboys is getting set to hit the free agent market this NFL offseason, but many teams had a quick holy shit moment this morning relating to the talented wide receiver. That’s because, for whatever reason, a rumor about Cooper being shot in Dallas was circulating, with the report picking up steam on social media — with no real reason or source behind it.

The rumor about Amari Cooper got to be so deep that people on Twitter began to believe it, offering up prayers to the Cowboys wideout. Take a look below at some of the reactions at the initial report.

PRAYERS UP FOR AMARI COOPER🙏🏻🙏🏻

Please tell me this news about Amari Cooper isn’t true…..

Amari Cooper got shot? What the fuck?

Given the immediate reaction online and sensitivity of the matter, the Dallas Police Department needed to issue a statement regarding the fake news, making sure any of Cooper’s family, friends and teammates weren’t worried about his well-being. Here’s what the Dallas PD reported.

And after hearing the news himself, Amari Cooper wanted to quash any of the reports about him getting shot, too, taking to Instagram to post an update on his story for everyone to know that he was OK, and the report was nothing more than a fake story made up by some sick person. Former Cowboys wideout Dez Bryant also shared his thoughts below.

This world have some real messed up folks in it… coop just text me… I don’t get it.. why would anybody start a rumor like that?? Weirdos seriously

In a world where anyone can say anything to try and dupe millions of people by simply posting something online, it’s understandable why this Amari Cooper shooting would be believable. Fortunately, both the police and the player himself made sure to address the rumors before it got too out of hand.

It’s good to know Cooper is safe and that, per Michael Gehlken of the Dallas Morning News, a spokesman said: “We’re seeing the same thing, but there’s nothing like that.” Still, what kind of person creates such a wild story for nothing other than pure entertainment? Some people are sick AF, guys.