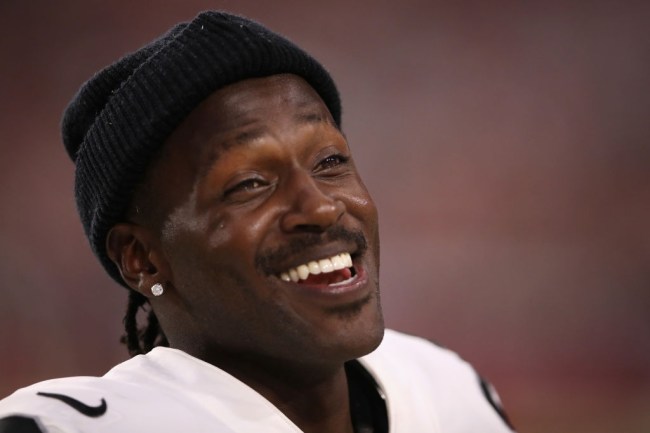 If you’ve ever been deep in the throes of unemployment, you likely know all too well just how miserable of an experience it can be, as a person can only write so many cover letters and repeatedly tweak their résumé so many times only to be met with total silence before they go insane.

As a result, it’s important to have some activities you can turn to in order to keep yourself occupied and take your mind off of things for a bit, whether it’s hitting the gym, making a healthy meal, or spending dozens of hours on a claymation video set to a R.E.M. song that only ends up being four seconds.

It’s been over three months since Antonio Brown was cut by the Patriots in the wake of multiple women coming forward to accuse him of sexual misconduct, and since his release, the wide receiver has attempted to make good use of his de facto suspension by going back to college and doing what he can to break into the rap game.

While he might not have a curriculum vitae to hone, he’s also been doing everything in his power to court potential employers by releasing a steady stream of workout videos to show he still has what it takes to compete in the NFL.

However, it would appear Brown has dedicated the largest chunk of his time to making questionable decisions on social media and it’s hard for a day to go by without him going on a Twitter rant or throwing up an ill-advised Instagram post.

On Wednesday, Brown opted to take a break from his recent crusade against white women (or is it “woman?”) and decided to spend some time scrolling through Mason Rudolph’s Instagram before hopping in the comments of a photo the Steelers quarterback posted in November to wax nostalgic and ruminate on what could have been.

While Brown and Ben Roethlisberger may not have been the best of friends based on how the wide receiver’s time in Pittsburgh came to an end, he previously voiced his support for his former teammate after Rudolph was nearly decapitated by Myles Garrett last month.

Of course, there’s a zero percent chance the Steelers would welcome Brown back if he does manage to regain his eligibility, but based on a report from last week, he shouldn’t have much trouble finding a home somewhere else upon his reinstatement.