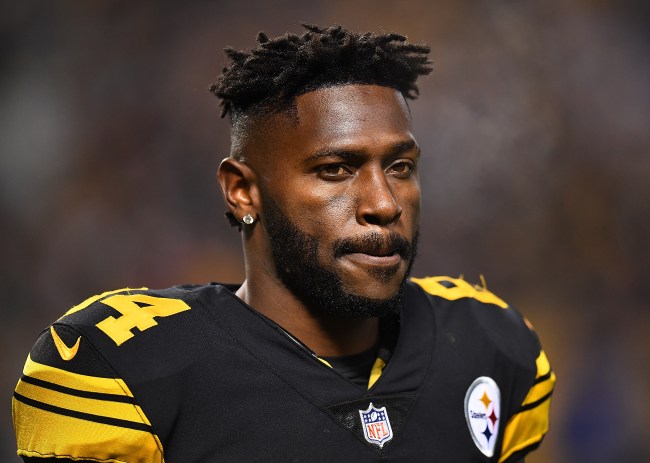 Antonio Brown and the Pittsburgh Steelers have been going in on one another ever since the star wide receiver was benched after an apparent disagreement with quarterback Ben Roethlisberger prior to a Week 17 matchup against the Cincinnati Bengals. Since then, both sides have been taking shots at one another, with Brown trolling the team with dramatic social media posts, and the franchise trying to be stern but fair in how they handle the delicate wideout.

Although things like this have happened before between star players and organizations, it seems as if the tension between Antonio Browns and the Steelers might be too much to overcome this time — and, in a detailed report from ESPN, some of Brown’s former teammates think “it’s probably over.”

In the piece, ESPN reporter Jeremy Fowler spoke with 20 former or current teammates of Brown, either on the record or on condition of anonymity, with the players being as unfiltered as possible to describe how the relationship between Brown and the Steelers went sour. One player even said that head coach Mike Tomlin essentially told the team that they were willing to accommodate Antonio Brown in certain ways, with the player saying this about Tomlin’s stance:

“[Tomlin] essentially told the group, we’ll tolerate it now because of what he brings on the field, but the minute production stops, you don’t overlook it,” said one ex-Steeler who played with Brown for three seasons, recalling a story that multiple players confirmed.

Of course, that wasn’t all former teammates of Antonio Brown had to say, with most of them being as honest and upfront with Fowler regarding the dysfunctional relationship between the two. Another player described things in a more direct way, saying that the issues have been ongoing for years.

“This has been brewing for years,” one ex-teammate said of Brown’s issues. “It’s just now coming to the surface. “And it’s probably over.”

One story about the treatment Antonio Brown seemed to get from Mike Tomlin was discussed, too, with the star wideout walking into a meeting late with another receiver, Eli Rogers. Although both were late, it was the younger (and lesser-known) Rogers who one player remembered getting fined, not Brown.

For all of Brown’s tireless work on the field, he took full advantage of being a star player off it.

Several say Brown routinely showed up late to team meetings that set up the upcoming game week. If he was loosely on time, he might be the last one to walk through the door. One player went as far to say he didn’t see Brown once in the Wednesday morning meetings during his one season with the team.

Players say Tomlin has a fine system that can range from $1,000 to more than $5,000. Brown, who has a $72.7 million contract and millions more in endorsements, remained unfazed. Two players recalled Brown and receiver Eli Rogers — once nicknamed “Little A.B.” by some teammates — walking into the same meeting a few minutes late. Both were told to sit down, but they only remember Rogers getting fined.

“Tomlin basically could have fined A.B. every day if he wanted to,” one ex-teammate said.

He used his megawatt personality and infectious work ethic to soften any issues. Hubbard said Brown once apologized to the team for being late to a meeting and said he’d do better.

And as one current Steeler points out, Brown takes care of his kids, is never in and out of nightclubs and works hard every day, so “who gives a f— if he’s 15 minutes late to a meeting?”

While it seems as if Antonio Brown’s teammates weren’t impacted by the star treatment the wideout got from the Steelers, it doesn’t mean the issues weren’t there from the jump. When a player gets used to that kind of control and leniency from a franchise, it becomes an expectation, which, in essence, may be part of the reason why Brown’s so disgruntled now that the franchise is trying to make him the scapegoat for things that, seemingly, have gone on for years.

With all the special treatment Antonio Brown has received over the years, though, one former Steelers player thinks that it has backfired on head coach Mike Tomlin now. Here’s what an anonymous player had to say:

“As the leash gets longer, [Brown] gets the feeling that he can do whatever he wants,” said the ex-Steeler who played with Brown for multiple seasons. “That’s where Tomlin might have wished he would have squashed this earlier.”

And, when it comes to Antonio Brown’s relationship with his quarterback, Ben Roethlisberger, former Steelers player Markus Wheaton described it as being “love-hate,” adding that they’d get through it by producing together on the field.

“They’ve got a love-hate relationship — they’d love each other and hate each other at times, like all relationships,” said Markus Wheaton, a Steelers receiver from 2013 to 2016. “It’s usually a misunderstanding — something Ben did set A.B. off, or A.B. did that set Ben off. But they would get through it, and then it’s hugs and touchdowns.”

The entire ESPN story is in-depth and interesting, to say the least. Most of the players interviewed admitted that Antonio Brown was a great teammate and helped them improve. However, the strained relationship with the Steelers seems too big to overcome.

Who knows what the future holds for Brown and Pittsburgh, but with the All-Pro player sending hints that he wants to be traded — specifically to the San Francisco 49ers, as he pointed out in his latest Instagram post — and the relationship seemingly toxic between he and the team, it sure sounds as if his days as a Steeler are numbered.