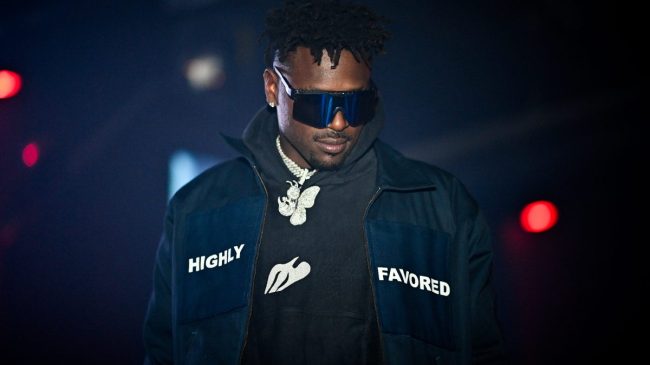 Antonio Brown is back at it.

Sunday brought about another set of his cryptic tweets as he took to social media to share his thoughts on a variety of subjects. The almost undecipherable posts speak to his mission in life, his future, and his general feeling of being better than “regular people.”

No matter what Games I choose to play in

Regular People Do Not have Missions

That’s why they do what they do

That’s why we don’t do what they do

Purpose the Mission stay on it

Only Focus to Remain Focus

I AM a Star not because of 🏈 I choose to do that !

God took timeout On my Embryo

My mission is to empower the Youth

It was one part, in particular, that caught the attention of Brown’s followers. The piece about empowering the youth.

Brown has been a controversial personality in the NFL over the last handful of seasons. That all culminated with a midgame meltdown where the wideout ran off the field shirtless in a matchup against the Jets.

Other off the field issues include faking a COVID vaccine card, purposely flatulating in doctor’s offices, and even threatening to sue his former employer, the Buccaneers.

Probably not the best role model.

Fans on social media had that same immediate thought, and they were quick to post about it on Twitter. Check out the reaction to Brown’s recent series of tweets.

I will empower the youth by telling them not to waste their money on your jerseys. I’ve got three in my closet taking up space🤨

The last thing you need to do is to be around the youth. pic.twitter.com/OuLHkBRB3g

Real nice example for the youth there pal 🙄 pic.twitter.com/sDhqxNTagh

We don’t need more kids like you bruh 🤣🤦🏼‍♂️ https://t.co/j6MrCLmnGL

Yeah I would NOT call you a role model for the youth. Wow… https://t.co/g6VkMsZ7Y7

Most on the internet agree that Brown isn’t their first choice when speaking on who they’d like their kids to look up to.

The wideout is not currently with a team after being cut by the Bucs last season. His future in the league is also in doubt, though he may take this hiatus as a way to focus on his other passions – music and fashion.

AB may have more to offer, but it will take some time before his hope of empowering the next generation is considered a viable goal.