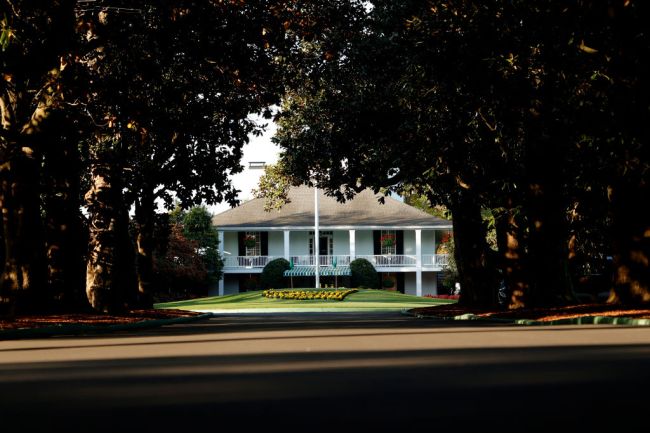 It may be U.S. Open week, but Augusta National is making its own noise in the golf circle as new aerial images show that the course is undergoing some serious course renovations.

The rumors of certain holes being lengthened and changed have been around for years. In January of 2020, Google Earth showed construction taking place behind the Par 5 13th, which suggested the long wait for the tee to be pushed back further was happening, but we’ve yet to see a new tee box in each of the last two Masters.

These new aerial images don’t just show No. 13 undergoing renovations, however, the Par 4 11th and Par 5 15th seem to be undergoing changes as well.

FLASH: Significant changes coming to No 15 & No 11 at ANGC. Now you didn’t think a little thing like the #USOPEN would prevent our team of photojournalists from reporting breaking news, did you? (📸 ©10JUN2021 David Dobbins/EurekaEarth) #EurekaEarth #NotDrone #DiscoverThePresent pic.twitter.com/6XO3ruBuTq

So do you think there is any truth to the rumor that there are significant changes coming to No. 15 & No. 11 at ANGC? Asking for a friend… 🧐😇 (📸©10JUN2021 David Dobbins/EurekaEarth) #EurekaEarth #NotDrone #DiscoverThePresent pic.twitter.com/3EirsiRfMz

The photo of the 13th hole is particularly interesting. While it shows construction taking place, it also shows that a few new trees have been added along the left side, so maybe ANGC isn’t actually lengthening the hole, instead, they’ve possibly decided to just put trees down the left that will prevent players from cutting the corner.

Pardon us but are you sure you told them precisely where you wanted your trees planted on No.13 #TheMasters “You plant a tree 20 yards off the tee on the left toward the corner. Now guys can’t go left. I’ll buy them the tree”~@webbsimpson1 (📸©10JUN2021 David Dobbins/EurekaEarth) pic.twitter.com/Mvw9O6cuOb

Don’t be alarmed at how terrible the course looks in these photos. First of all, it’s June, 10 months from the start of the 2022 Masters. Second of all, Augusta National essentially just lets everything grow out during the hot Summer months before getting the course into shape for the next year’s Masters.

We’ll soon find out if the course is actually getting lengthened on the scorecard. To keep up with players picking up more distance throughout their golf bags August National had to eventually tweak a few things and it appears they’ve decided now is the time to do so.