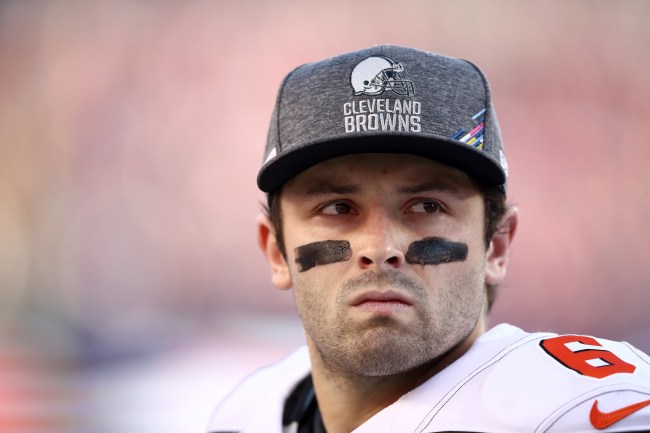 Triggered. That’s the word that best describes my attitude after the most recent loss by Baker Mayfield and my Cleveland Browns, who, once again, proved that they’re still the same old Browns.

After marching down the field at ease against the Seattle Seahawks in the first quarter of their Week 6 matchup, the Brownies found themselves leading 20-6 heading into the second frame. They were energetic. They were creative with their play-calling. They were getting all their playmakers involved. Then, it happened — they blew it, ultimately beating themselves with stupid penalties, lackluster energy and turnovers.

Who’s to blame for all this mediocrity now that the team’s sitting at 2-4 and is winless in front of their home crowd? Not the refs. Not the front office. Not first-year head coach Freddie Kitchens. This one’s solely on quarterback Baker Mayfield, last year’s No. 1 overall pick who was expected to take this overhyped team of mixed talent to an AFC North division title and, possibly, much further. Things were so bad at one point during the Seahawks game that I was even yelling at the TV like a crazy person for the Browns to put in backup Garrett Gilbert. Hell, I even replaced by phone background with Alf over Baker Mayfield.

So frustrated with Baker that I replaced a pic of him as my phone’s background with Alf. Such is the life of a #Browns fan right now. pic.twitter.com/W7M3isA98H

With the bye week coming — and the undefeated New England Patriots awaiting in a couple weeks — Mayfield and the Browns find themselves in a position where they could unravel; and fast. Should they fall to 2-5, it might be time to seriously consider trading away talents like Odell Beckham Jr. to get more help along the offensive line and on defense; where the Browns rank near the bottom in the league in stopping the run. The pass defense isn’t much better, but at least they have some excuses given the amount of injuries.

So how far has Baker Mayfield fallen since his impressive rookie campaign? To say it’s catastrophic is an understatement. As my colleague here at BroBible, Eric, pointed out, Mayfield’s stats are pathetic. He leads the NFL in interceptions with 11. Has fewer touchdown passes than Mason Rudolph. Fewer passing yards than Andy Dalton. And, oh yeah, even Eli Manning’s scored more fantasy points than Baker — and Eli’s played in four fewer games.

This season Baker Mayfield has:

– most INT in the NFL pic.twitter.com/mzjfJP02oO

Baker Mayfield’s 11 interceptions through these first six games are the most by a Browns signal-caller since Paul McDonald had 12 back in 1984. Who’s Paul McDonald? Who the hell knows? And, if Mayfield’s not careful, 35 years from now people may be asking the same question about him.

So what’s a Cleveland Browns fan like myself to do? Stop making excuses for Baker Mayfield, that’s what.

"Baker Mayfield deserves a lot of the blame. I think 90 percent of the blame has to go on him. In 20 NFL games, he has 25 INTs and 29 total turnovers. Baker has to be better. I don't see that same energy, I see a low energy guy when things aren't going well." — @ShannonSharpe pic.twitter.com/IK3nJMq5k9

While his swagger, chip on the shoulder and confidence were all things we loved over the summer when the team had playoff aspirations, it’s time for Baker to eat an entire humble pie to himself and stop acting like a tough guy. He seems lost. He seems defeated. He seems like he’s trying to prove everyone wrong with every single completed pass. He’s definitely not having fun; and it’s been brought on his shoulders by only him.

Sure, some of his teammates have dropped key passes — like Antonio Callaway in the end zone against the San Francisco 49ers or Dontrell Hilliard against the Seahawks, which led to Mayfield’s third and final interception of the day — but those balls are behind his receivers, which, again, falls on Baker. His accuracy and timing have been off all season long, and, instead of adjusting, he’s running around in the backfield behind a terrible offensive line, just hoping to extend plays.

Rex Ryan on Baker Mayfield and the Browns 👀 pic.twitter.com/vAzZylvBPE

Odell Beckham Jr., Jarvis Landry and Nick Chubb are all having solid statistical seasons, yet those playmakers still aren’t being utilized enough by Mayfield. Why? Who knows, but it’s a quarterback’s job to get his offense into the best position to succeed, and Baker Mayfield hasn’t done that once this season — even in the Browns’ two wins against the Ravens and Jets.

Baker’s his own worst enemy.

An important reminder: The Browns are still the Browns. 🤦🏻‍♂️