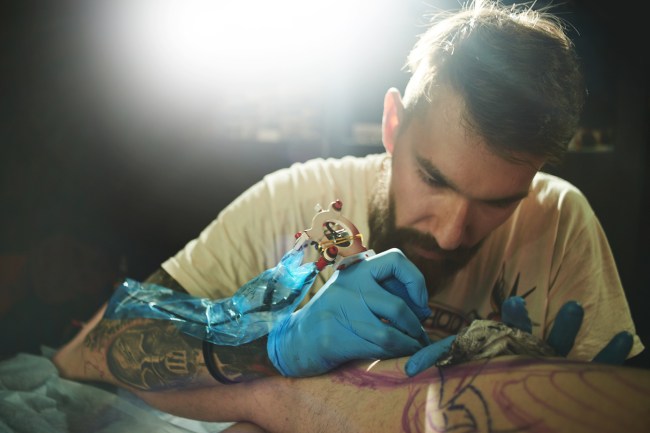 Joppatowne, Marlyand-native Nic Cullison is all-in on the Baltimore Ravens this season. The 26-year-old is commemorating every Ravens win in 2021 with a tattoo.

To be clear, they are permanent tattoos that will last for life.

Cullison already has two through the first three games. He has the final score of Baltimore’s one-point victory over Kansas City just above his knee and a goal post that honors Justin Tucker’s game-winning, NFL-record field goal in Detroit right above the other.

Neither tattoo is overly complex because Cullison’s wife, Naomi, was the one with the gun doing the inking. She is not a professional tattoo artist, but she would like to get into the medical side of tattooing and has done a few on herself and her husband’s wrist.

Nic, who has two arm sleeves and calf tattoos in addition to his Ravens-themed markings, knows that they won’t look perfect. He is more concerned with the story.

Things could go one of a few ways for Cullison:

No matter what happens, the results of 2021 will be forever etched on Cullison’s leg. Win, lose, tie or otherwise.

The only stipulation for the remainder of the wins is that Nic doesn’t get to design them. Naomi will be taking the reins there, in addition to doing the inking.

Here is Baltimore’s remaining schedule, which will play a big role on Cullison’s skin moving forward: