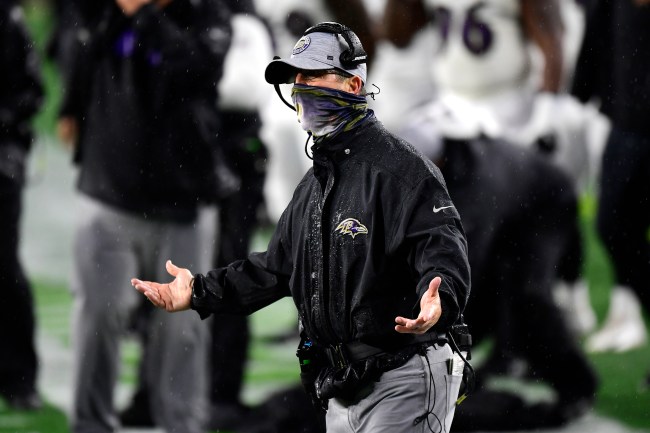 It has been nearly a full week, but Baltimore is finally traveling to Pittsburgh. The Steelers and Ravens were scheduled to play on Thanksgiving Day, but as you surely know by now, Coronavirus had other plans. After an outbreak in the vistor’s locker room, the game was moved three times and landed on Wednesday night. With the NFL having considered the outbreak contained, the Ravens flew to Pennsylvania on Tuesday night.

However, after nine consecutive days of new positive tests, they had two additional tests pop as COVID-19 positive prior to getting on the flight.

The #Ravens learned of two more COVID-19 positives before they left for Pittsburgh, sources say. One player and one staffer. The NFL told the team these individuals were previously identified as potential positives and there was no concern for further spread.

While it may sound like the team had prepared for the situation, another report came out that those who were deemed eligible to make the trip learned of the new positive tests while already boarded. To make matters worse, the player in question practiced with the team over the last two days.

Players were told of two new positives while on plane. The player practiced with team last 2 days. https://t.co/Xp3vsEajEg

That, by a basic understanding, means that a player who was practicing with Coronavirus had been in close contact with his teammates throughout the day on Sunday and Monday. And yet the NFL is telling the team that these individuals were previously flagged as potentially problematic and deemed not to be a concern. Even though the spread very well could have continued during practice. It seems like conflicting thoughts from the league.

With Baltimore already being in Pittsburgh, the players and staff likely received one last round of tests upon arrival. It will be curious to see if the results come back and the two individuals were not spreaders as expected or if another cluster of tests will show up positive.