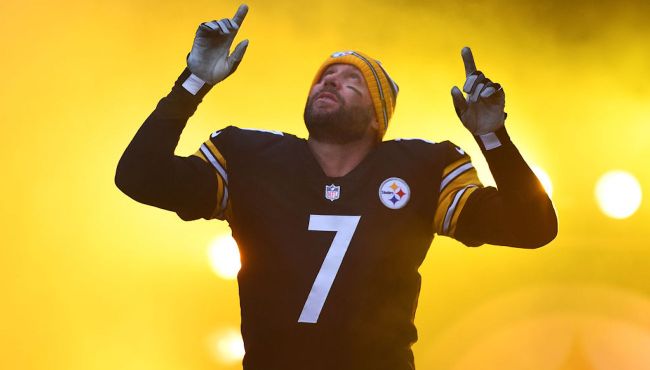 Following the conclusion of the 2022 season, after 18 years as the quarterback of the Pittsburgh Steelers, future Hall of Famer Ben Roethlisberger retired from the National Football League.

According to the two-time Super Bowl champion, though, had former Steelers general manager Kevin Colbert gotten his way, Roethlisberger would’ve packed his bags and rode off into the sunset a year years.

While speaking with Ron Cook of the Pittsburgh Post-Gazette, Roethlisberger said that Colbert — who also retired this year — “was ready to move on” from him as the franchise’s signal caller.

“It was mostly Kevin. He was ready to move on. I think Mike was a little ready to move on, but I think he was OK with me coming back. I think Mr. Rooney really wanted me to come back last year to play,” Roethlisberger said.

“I thought I went out on my terms,” he said. “I never wanted to stay too long. I know some people might think I did. ‘You stayed last year.’ But I thought I played pretty well last year, to be honest. My arm feels like I still could go out and play. I’m pretty confident I could still play. But it’s every day. It’s mental. Not having to prepare for camp and the season has been the biggest blessing for me. I’m fine with where I’m at with everything.”

With Roethlisberger now off to pasture, the Steelers are turning to either Mitch Trubisky or rookie Kenny Pickett (or both) as their starting QB next season. Pickett, of course, is a hometown kid as he played his college football at the University of Pittsburgh.

RELATED: Big Ben Roethlisberger Reportedly Has Big Beef With The Pittsburgh Steelers For Kicking Him To The Curb