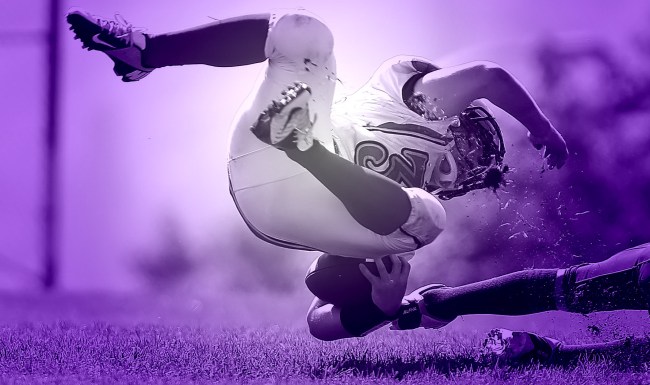 We’ve seen some very good punishments for finishing last in a fantasy football league over the years.

Covering yourself in visiting a dog park? Yep, that’s been done.

Getting doused in ketchup and mustard while attending an Eagles game as a Cowboys fan? Crazy.

Being forced to recreate Cassie’s “Me & U” video? Too funny.

Being forced to spend the night at the Clown Motel? That might have been going too far.

The punishment Nick Johnson’s fantasy football league members gave him for finishing last this season strikes a fine balance between being too much and being just humiliating enough.

The Mamaroneck, New York resident is currently being forced to drive around in a pink 2020 Toyota Corolla covered in hearts and unicorns with a photo of his face and “I suck at fantasy football” written on it.

“Typical rules, the winner wins a bunch of cash and a trophy and the loser gets punished and this year this was my punishment,” Johnson explained to News 12 Westchester. “I only won two games, I didn’t really watch any football this year, so that’s kind of how it goes…”

PINK PUNISHMENT: Today I met the man who is being forced to drive with the words “I suck at fantasy football” plastered on his new car. Story at 5pm on @News12WC @News12HV pic.twitter.com/pH1N38P6Ro

So how did his league pull such a tremendous bit of trolling off?

The guy who won his fantasy football league owns a car wrapping business.

And how is the car being received by people who see it?

“I went to the mall the other day and when I came back out my car was surrounded by 20 people,” said Johnson. “Pretty much nonstop pointing and laughing.”

He okay with all of the newfound attention though. Kind of.

“I feel like that justice has been served to me for my effort that I put into the league this year and also a little bit that I just wish it was over,” Johnson admitted.

Punishment for the Loser of a Fantasy Football league (actually wouldn't mind driving this car) 🤣pic.twitter.com/M4w3xd8iIB