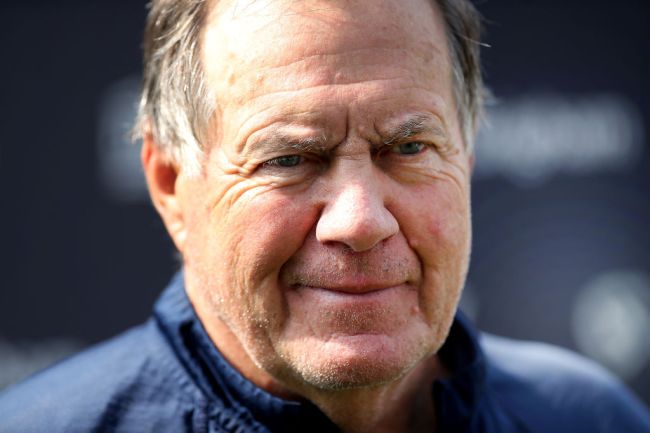 Bill Belichick is a hard person to get to crack a smile. Especially at a press conference.

The 69-year-old, six-time Super Bowl champion head coach of the New England Patriots is typically a no-nonsense kind of guy. He’s not often up for small talk or jibber jabber.

However, when he is, Belichick often entertains with stories from his nearly five-decade coaching career. Other times, he will crack a joke and entertain unexpected moments like he did on Monday.

When CLNS reporter Evan Lazar asked Belichick a question about defensive lineman Henry Anderson during a virtual press conference on Zoom, Lazar’s dog Atlas interrupted and stole the show. He started by barking off-camera before hopping into view and grabbing the head coach’s attention.

Belichick was mid-answer as Atlas appeared on the screen but had to stop and address the canine interference. He joked that Atlas could ask the next question and his dog Nike could answer.

Nike, of course, made a surprise appearance during the 2020 NFL Draft and went viral. Belichick had treats out on the table and stepped away into another room.

When he returned, Nike was sitting in his seat, waiting patiently for one of the snacks to be tossed his way.He has since gained quite the Instagram following.

Belichick definitely teaching his dog how to scout players during the draft pic.twitter.com/xIMaZqyY6l

The exchange on Monday opened the door for a dogs-only press conference and Belichick has never had a better idea. Get Atlas and Nike on a call and let them break down what went on during practice that day.