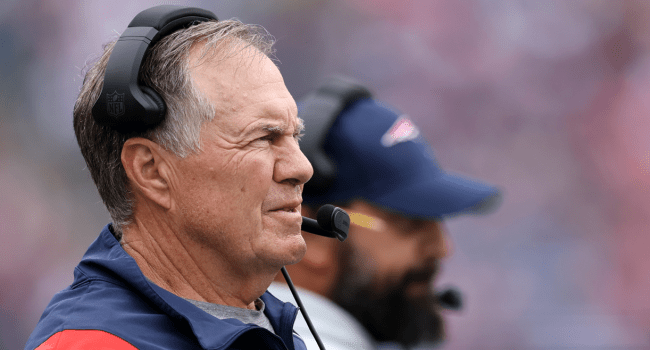 When asked during his appearance on WEEI if he has ever pulled a player from a game even after doctors have cleared them to return the field, Belichick replied, “I’ve definitely done that before. Oh yeah, if I see a player that I think is not functioning properly that for some reason has not been identified, then absolutely I would. I have done that. I would say not recently, but those are things that have happened at other points in my career.

“If a player doesn’t look he’s functioning properly, we evaluate him with the medical people,” Belichick told The Greg Hill Show. “But even if the medical people were to clear a player, we still go through a coaching clearance to make sure he’s ready to play football and not just medically cleared. We’ve always had a secondary evaluation on that.”

It's a #Patriots Monday here at @WEEI and Bill Belichick joined the show giving us insight into his handling of players displaying concussion symptoms. #ForeverNE pic.twitter.com/O2OWyzTeLO

Interestingly, in 2016, former New England Patriots linebacker Ted Johnson admitted that during the team’s 2002 training camp, he suffered two concussions within the span of four days.

“That whole season, I was in a fog,” Johnson told Houston Magazine.

That admission came after Johnson told the New York Times in 2007 that Belichick ignored the advice of trainers and continued to tell him to complete full-contact workouts.

In 2015, after winning Super Bowl MVP, Julian Edelman was the topic of conversation as much for his performance as for the fact that he appeared to suffer a concussion during the game.

Perhaps Bill Belichick has changed his stance on keeping players with possible head injuries in the game since then?