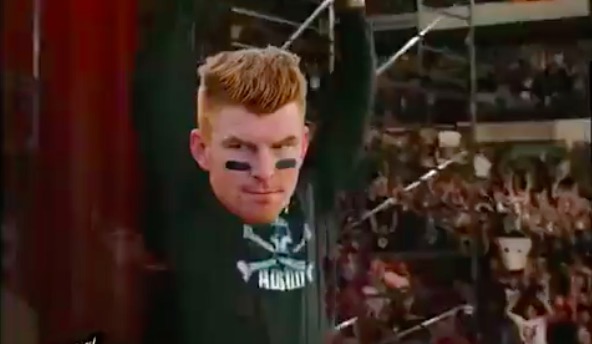 The Bills and Bengals are currently entrenched in a marvelous love affair after Andy Dalton hurled a 52-yard touchdown on a 4th-and-12 in the waning moments of a week 17 game against the Ravens, sending the Buffalo Bills to its first playoffs since 1999 and ending the longest postseason drought in American professional sports. And Bills Mafia has been more than appreciative.

Bills fans have been a major chunk of the $300,000 raised for Andy Dalton’s charity following the game. The charity helps children with serious illnesses and disabilities. According to Sports Illustrated, Dalton told reporters that most of the donations have been for $17, because his touchdown pass sent Buffalo to the playoffs for the first time in 17 years. The fine people of Buffalo have also sent 1,440 chicken wings to Cincinnati in lieu of an Edible Arrangements for punching their ticket into their first playoffs since Doug Flutie was behind center.

What has possibly been the greatest news to come out of the miracle is this WWE mashup video created by Twitter user KTCephusM.

Words simply don’t do it justice.

I’ve seen highly-funded TV shows less compelling than what I just watched. Edge of your seat entertainment. There should be an Oscars for meme and short clip creators on the inter webs. Fuck celebs. Their dick grabbers anyway.