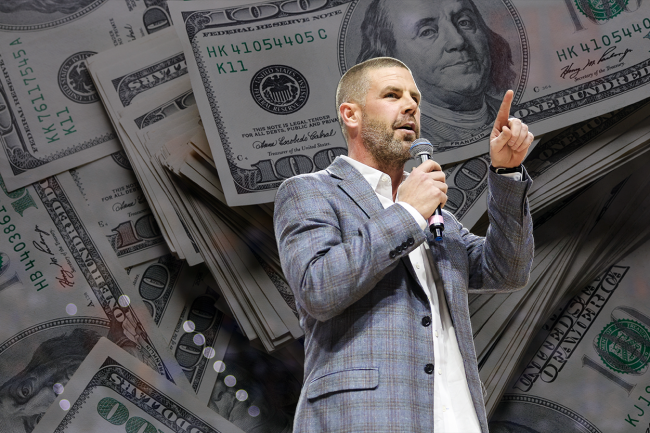 University of Florida football is in the headlines for money-related controversy this week. Not the program itself, but its boosters.

Four-star quarterback Jaden Rashada committed to Miami over the weekend. Shortly there after, a report surfaced about how much money he might make through NIL by picking the Hurricanes and the sum is rather significant. In fact, if it’s true, the deal would be the largest ever. At least, publicly.

However, the billionaire booster who is bankrolling much of Miami athletics with big NIL deals denied that he had inked any sort of agreement with Rashada. As did Rashada’s lawyer, Mike Caspino, who is considered one of the leading lawyers in the NIL space.

Meanwhile, Caspino also made some scathing remarks about Florida’s Gator Collective. He even went so far as to say that he would steer his clients elsewhere.

Jaden Rashada’s commitment and proceeding fallout added an utterly chaotic twist to the first offseason with Billy Napier as the head football coach at the University of Florida and the legalization of Name, Image and Likeness.

Billy Napier’s history with his players and money at Louisiana also raises questions about how he will handle NIL at Florida.

Back in 2019, Napier spoke at a post-workout press conference while with Louisiana-Lafayette. He announced a rather odd initiative that he required for the members of his football team.

Napier said that, starting that year, all scholarship players would be required to donate at least $50 to the school’s Ragin’ Cajuns Athletic Foundation. He said that it was “all about gratitude.”

“That’s probably a little bit unheard of and a little bit unique, but I think this is a place where that would be appreciated,” Napier said at the time. “I think it’s part of the type of program that we want to have. We want our players to be educated and understand the benefits that come with being a student-athlete and that is not something that should be taken lightly — the effort and time and investment that the people that support athletes at UL have put in into this program.”

It was rather strange. Napier was demanding that his players — who at the time were not paid a single cent beyond tuition, housing, etc. — give money to the athletic foundation.

It was something that he said that he was requiring. Not suggesting, but requiring.

And to make matters worse, the arbitrary rule came the year after Napier made $850,000. While his players were making $0.

Louisiana-Lafayette quickly backtracked. A PR staffer later clarified that donating was not mandatory like Napier said. It was encouraged so that players could “demonstrate their appreciation to the RCAF, including its board of directors, staff and investors.”

Now that Napier is at Florida, is his Athletic Foundation suggestion the same?

Napier “suggested” that his players donate to the Athletic Foundation when he was at Louisiana in 2019. The current rules of Name, Image and Likeness were not in effect. Players were not getting paid— at all.

Now he is at Florida in 2022. Name, Image and Likeness is in effect. Players are making money legally through endorsement deals, social media promotion, etc.

Is Napier going to “suggest” that the Gators donate to Florida’s Athletic Foundation? It was a $50 minimum when his players were not getting paid in 2019. Is it going to be a $100 minimum now that his players are getting paid? Did he abandon the (ludicrous) idea all together?

There are questions left unanswered. No matter what the answer may be, Napier’s recent comments on NIL, coupled with his history of “suggesting” players donate to the Athletic Foundation at Lousiana, and the recent Rashada incident is all concerning.