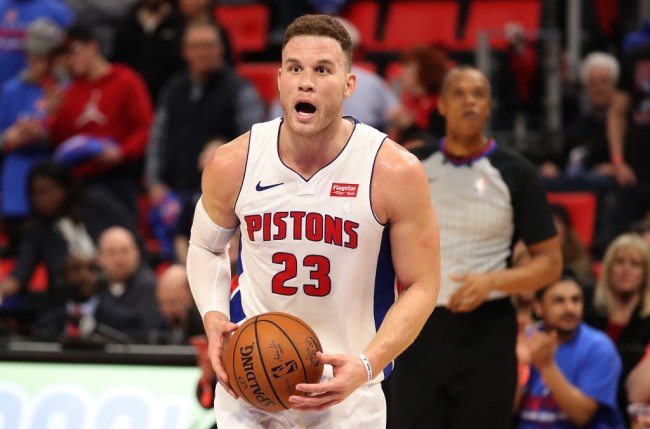 Kyrie Irving won’t be able to help the Boston Celtics in the NBA playoffs after blowing out his knee earlier this season, which means he’ll have plenty of time to get way too deep into Instagram while researching whatever conspiracy theory happens to be making its way around the internet. Over the past year, the former Cavalier has established himself as the NBA’s wokest player thanks to his slightly untraditional beliefs like “Dinosaurs weren’t a thing” and “The Earth is actually flat, you guys” as well as my personal favorite: “Christmas isn’t a holiday.”

Irving also released a pair of shoes featuring the sign of the Illuminati, a group which— as we all know— secretly runs the entire world. Thankfully, he can know that he has at least one ally in the league in the form of Blake Griffin, an apparently paranoid man who apparently refuses to use microwaves for reasons that were debunked when microwaves were invented.

Griffin sat down with GQ to discuss his diet and revealed he hasn’t touched a microwave in the past three years after reading “a bunch of information” that may or may not have been an article that’s been entirely debunked by Snopes:

I stay away from the microwave in general… If I’m in a serious bind? It would have to be serious, but I try to avoid them, period… There are even countries that have actually banned microwaves. Also, the whole idea to me, in general, makes no sense—that I can put something cold in there and heat it up within seconds, but there’s no actual heat involved? It just doesn’t seem like the right way to go about treating your food.

I’m glad to know microwaves are to Blake Griffin what tides are to Bill O’Reilly, magnets are to The Insane Clown Posse, and the creation of stars is to Mac and Charlie on It’s Always Sunny.