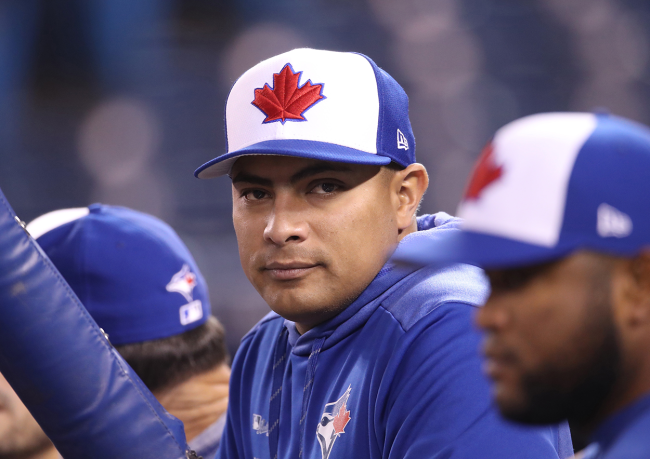 On Tuesday night, the Blue Jays lost 7-6 to the White Sox. Throughout the second nine innings of a three-game, mid-week series, the officiating was absolutely abysmal.

Home plate umpire Doug Eddings blew a season-high 26 calls on the evening and proceeded to get ripped to shreds by the players and MLB fans alike. It was a historically awful performance behind the plate and he deserved every bit of heat that he got.

And it continued into Game 3.

Prior to Wednesday’s series finale, Martínez went out to home plate to exchange lineup cards with the umpiring crew.

At that point, a headed discussion broke out amongst the two parties. Before Blue Jays manager Charlie Montoyo could even make his way out onto the field to see what was going on, Martínez was tossed.

He was ejected from the game before the game even began. It took all of 16 seconds, if that.

After being sent to an early exit, Martínez made sure to get his point across. He got right up in the umpires’ faces.

According to the broadcast, Martínez does not bring the lineup card out often. He must have had something in mind that he wanted to say to Eddings.

Either that, or he was the sacrificial lamb. Perhaps the coaching staff knew what was to come and Martínez was elected to deliver the message.

Whatever he said, obviously, did not go over well. It’s rare that a coach gets ejected before the game begins, but Martínez is officially a part of the exclusive club.