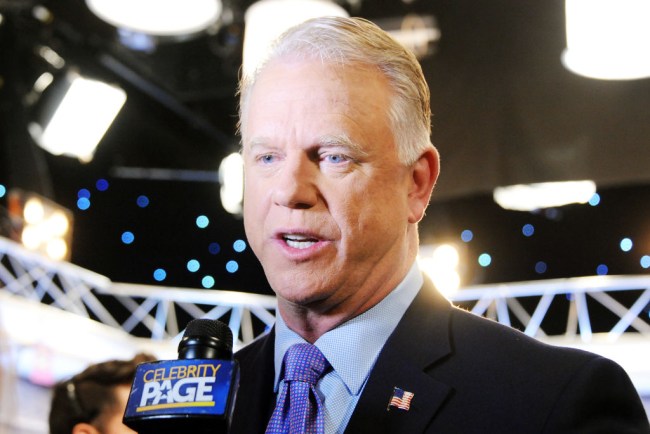 Back in April, Mike Gundy started digging a hole that has gotten increasingly deeper over the course of the offseason when he suggested Oklahoma State football players needed to return to campus as soon as possible because the state of Oklahoma desperately needs the revenue that unpaid student-athletes are kind enough to generate.

That take was an impressively scorchy one but he somehow managed to crank up the temperature to rival the surface of the Sun when he suggested he wasn’t super concerned about his players contracting an illness that had already killed over 15,000 Americans at that point. Why was that? Well, he was somehow under the impression that college students possess an immune system that basically grants them the ability to tough it out despite a total lack of evidence to support that claim.

Gundy’s attempt to get football players back to campus by the start of May was stuffed at the rim but the NCAA would eventually decide the situation was safe enough to allow teams across the country to kick off voluntary workouts and practices at the beginning of June. Unfortunately, it saw its judgment almost immediately called into question when guys residing in dorms, sharing weight rooms, and participating in a sport that’s inherently impossible to play while abiding by social distancing guidelines shockingly began to test positive for COVID-19.

The universe displayed an incredible sense of humor when a player at Oklahoma State revealed he had the virus a whopping three days after the team got back into action and it didn’t take long for other schools to hop aboard the bandwagon, as guys at Auburn, Alabama, Texas, LSU, Clemson, and more all suffered what practically anyone who’s been paying attention knew was all but inevitable.

Gundy’s comment about the economic fallout of a canceled season may have been controversial but it’s fairly obvious he just said what the powers that be at the NCAA are thinking, and while they’ll undoubtedly do everything they can to bring us football in the fall, I am very skeptical that there will be a full slate of games this year based on how things are currently looking.

I addressed that harsh reality last week and jokingly suggested the only way they’ll be able to pull it off is if every single player at the 130 schools that make up the FBS manage to get infected before the end of the summer (even those scientists don’t currently have a clue if coming down with COVID makes you immune to falling victim to it again).

On Monday, Boomer Esiason shared a similar sentiment while discussing the present state of the SEC with one key difference: he seemed to be totally serious.

He stopped short of donning a tinfoil hat but still went into Full Conspiracy Mode when he revealed he thinks it’s possible that some teams in the conference are boldly banking on the herd immunity approach, which is sort of like those chicken pox parties sadistic parents force their kids to attend only with a much more notable risk of dying.

Boomer Esiason strongly suggests that football players at Clemson and in the SEC are contracting Covid-19 on purpose right now, so they won't get it during the season.@WFANmornings pic.twitter.com/sp4RPnyfag

I alluded to the first major issue with this particular strategy above, as going down this route is ultimately pointless if other teams decide the health and safety of their players is more important (assuming the NCAA won’t attempt to salvage the season if most schools decline to participate).

The other big problem is the fact that coronavirus cases operate on a spectrum, meaning it can still wreak havoc on someone’s body even if it doesn’t kill them. It also turns out athletes aren’t magically immune to some of the serious side effects despite what Gundy thinks, as Rudy Gobert temporarily lost the ability to taste things and still hasn’t regained his sense of smell over three months after contracting it.

Is there a chance Esiason is actually right? Sure, and if that’s the case, I’m officially giving up all hope.