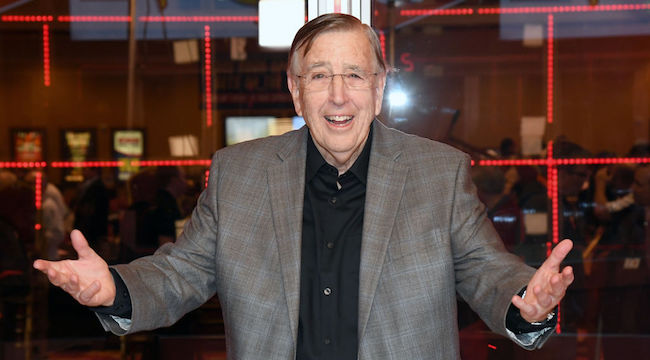 Tony Romo is only a few weeks into his career as a play-by-play announcer, but he’s already impressed plenty of people with his ability to predict plays before the ball gets snapped. However, it appears that not everyone is a fan of his style of commentary.

It took legendary announcer Brent Musburger three weeks to watch a game where Romo performed the play-by-play, and based on the following rant, he is not a fan of how the former Dallas Cowboy calls his games:

.@brentmusburger finally got a chance to watch a game with Tony Romo in the broadcast booth. What did you think, Brent? (Hint: Not a fan.) pic.twitter.com/N4UlWjLxbB

Musburger— who recently launched the gambling-centric Vegas Stats & Information Network (VSiN)— has been in the broadcasting game for over 40 years, and it appears that he’s officially transitioned from the Creepy Old Guy stage of his career and into the Cranky Old Man era.

Musburger may have had a point when he complained about Romo talking over Jim Nantz, but things quickly went off the deep end when he seemingly complained that Romo is too knowledgeable:

“The more years you spend away from the league, you’re going to know less and less about the personnel that’s out on the field. So I’m blowing a ‘stop the hype’ right now.”

That’s certainly one way to look at things. The clip cuts off before Musburger reminds us all that we’re going to die someday and questions the point of living in the first place, but I’m assuming that’s where he was going based on that line of logic.