Brett Favre Says Tom Brady’s Game ‘Is As Good As It’s Ever Been’, Blames Last Year’s Problems On The Players Around Him 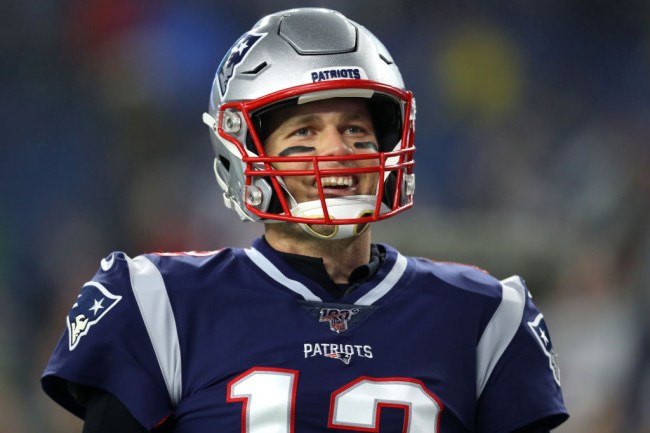 There were two topics that dominated discussions about Tom Brady last season: whether or not his game has declined and where he’ll play football next season.

The 42-year-old threw 24 touchdown passes last season, his lowest total since the 2006 season, and posted a career-low QB rating of 88.0, but according to Brett Favre his rather underwhelming season was due to the team around him. Favre explained to TMZ that Brady’s game hasn’t dipped a bit.

“His game is as good as it’s ever been.

I saw a quarterback still able to do what he normally does but the cast around him was not up to par. I didn’t see any decline in his arm strength.

He’s not a mobile quarterback, even in his prime. To say he’s not moving as well as he once did, that’s ridiculous. He never moved well. You protect him, you get guys open and how many times did we see Tom frustrated this year because guys weren’t on the same page? You know in previous years, guys were on the same page because he wasn’t showing that frustration. I think his game is as good as it’s ever been. His cast, I don’t want to say it’s not as good, I just think it’s inexperienced.”

Favre’s insight is obviously worth something seeing as how he’s been in a similar situation Brady finds himself in now. Favre elected to leave Green Bay toward the end of his career playing for the Jets and Vikings and Brady could end up signing with a new team this offseason.

You can check out Favre’s interview with TMZ below.

Related: Mike Greenberg Makes Strong Point While Explaining Why He Believes Tom Brady Has Already Made Up His Mind About His Future