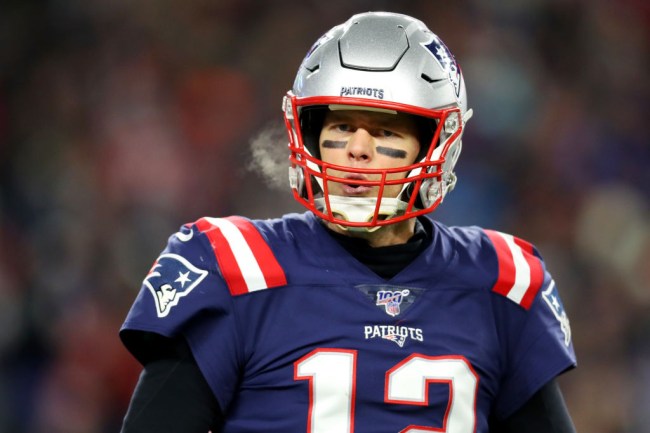 We’re still a little over a month away from the start of NFL free agency, but that means speculation season is just getting started and Tom Brady has been in the middle of it all.

Nobody, maybe not even Brady himself, knows what the future holds for the six-time Super Bowl champ. Maybe he signs a new contract with New England, maybe he moves to Los Angeles and suits up for the Chargers or perhaps even the Buccaneers may swoop in. The fact is, nobody really knows what is going on, at least that’s what is being perceived throughout the media.

ESPN’s Mike Greenberg isn’t buying that though, he thinks Brady has had his mind made up for quite some time now. During a segment on Get Up, Greenberg references that LeBron James going to Los Angeles and Kevin Durant signing with the Nets were decisions made months, maybe even a year in advance. So, why would Brady, a meticulous man that eats avocado ice cream, really not know what he’s doing with his football life?

"I don't buy that [Tom Brady hasn't made up his mind yet] for one second. I believe he knows what he's doing."

It’s a simple, but strong point.

What’s been so interesting about the entire situation involving Brady is how quiet it’s been. Sure, there are plenty of rumors out there and insiders trying to connect some dots, but it would make sense that the quieter it is the more likely it is for Brady to stay put in New England.

It’s also worth noting that it’s fine for Brady to be quiet about all of this, he’s earned that right, for sure. Plus, the offseason is just getting underway, he can lay low for a bit before he announces his decision.