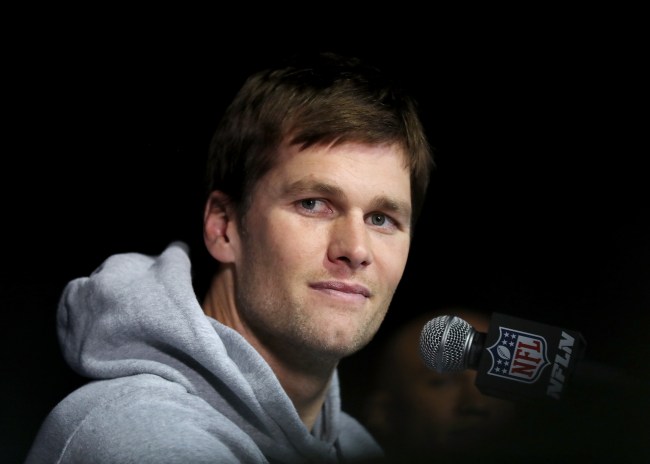 Tom Brady’s future is one of the biggest storylines of the upcoming NFL offseason, with the six-time Super Bowl champ and future Hall of Famer weighing his options as his contract with the New England Patriots comes to an end. Will the GOAT really leave the only franchise he’s ever played for? Given the tension that’s occurred between the quarterback and head coach Bill Belichick over the past couple years, it’s a serious possibility — even if the team’s owner, Robert Kraft, has admitted he’ll basically do anything to keep Brady around.

While nobody knows what’s in store for Tom Brady’s future, there have been a number of hot rumors floating around for the past few months. There’s a belief that the Miami Dolphins may be pursuing him, or that the Los Angeles Chargers may look to move on from Philip Rivers with the 42-year-old Brady. But could there be a secret team that nobody’s talking about?

According to longtime NFL writer Peter King, there sure as hell is — and it’s the Tampa Bay Buccaneers.

Recently speaking to WEEI, King discussed why Tom Brady to the Bucs makes a lot of sense, outlining a few specific factors — like how the franchise doesn’t want to pay the asking price of incumbent starter Jameis Winston, as well as the team’s head coach, Bruce Arians, has had success with Super Bowl signal-callers in the past like Peyton Manning and Ben Roethlisberger. But would Brady really consider the Buccaneers? King explains why they could be a “sleeping giant” this offseason for his services.

“Look, they have a pretty good offensive line and they’ve got two excellent receivers. They’ve got a really good young tight end, and they have a very imaginative head coach and offensive coordinator in the passing game,” King said. “I can’t tell you absolutely what they would do or what they are going to do, but I can tell you that they are fascinating to me because Bruce Arians isn’t coaching forever. I think he is one of those guys that all quarterbacks say, ‘Man, it would be cool to work for Bruce Arians’ because he’s such a fun offensive mind.”

“So, I guess I look at it and say when I think of Tampa Bay and Tom Brady, it makes as much sense to me as any of these other teams out here with the possible exception of the Chargers,” King added.

As random as the Buccaneers may seem for Tom Brady to consider, King has a long relationship with the quarterback and intel from around the league, so the prediction above has to be taken with legitimacy. That’s not to say Brady has hinted at anything, but the source is reputable, so this is something to seriously pay close attention to.

The future of Brady will continue to dominate headlines until there’s a decision about what he might do, so football fans should be prepared to hear all sorts of rumors being thrown around. But, hey, when you’re the GOAT, that’s the type of attention deserved.