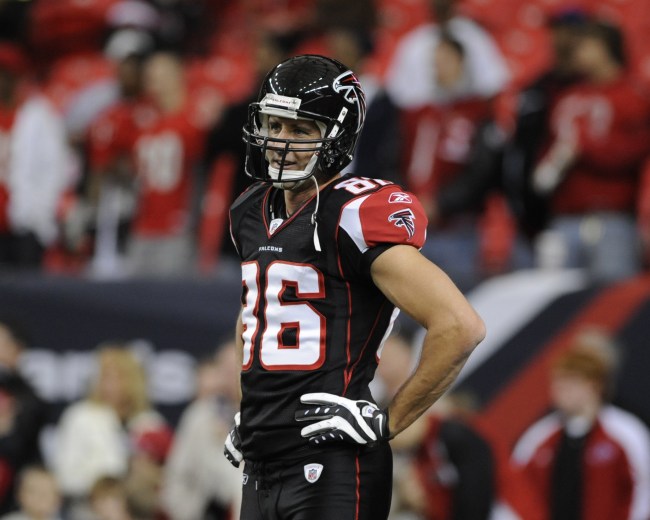 Brian Finneran has been out of the league for nearly a decade after spending the bulk of his career as a wide receiver for the Atlanta Falcons. The 42-year-old is now one of the three hosts on The Front Row, a morning sports talk show on WCNN 680 The Fan in Atlanta, where he is paid to express his takes.

His take on Carolina Panthers lightning rod defensive back Eric Reid has brought Finneran back into the national spotlight. Reid, who is the only Carolina player to take a knee during the anthem since Colin Kaepernick began kneeling during the 2016 season, was recently ejected from Thursday night’s loss to the Steelers after hitting a sliding Ben Roethlisberger in the head.

“@Panthers Eric Reid was ejected for unnecessary roughness for forcible contact to the head and neck area of a sliding quarterback in #CARvsPIT.” – AL pic.twitter.com/1MbDzjkrLK

After the game, Reid feigned ignorance, saying “I didn’t even know you could be ejected,” Reid said. “The referees told me I was targeting him, which I disagree with.”

Now let’s loop back in Brian Finneran, who tweeted this at the time of the ejection.

Now Eric Reid can go take a knee in the locker room.

Do you get it? Because he kneels during the anthem and now he’s been summoned to the locker room? High comedy.

But former NFL players didn’t find the humor in it.

Even Finneran’s Wikipedia page got a makeover!

Bruh your Wikipedia page is accurate as hell 😂🤣😂 pic.twitter.com/Q7kMhwiLLb

Keep in mind, Finneran has been quite vocal about his stance on kneeling. He’s just not high-profile enough to make waves in the larger conversation.

These screenshots were taken by Black Sports Online: 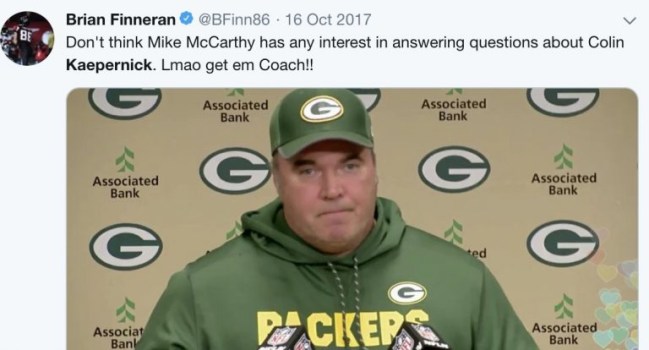