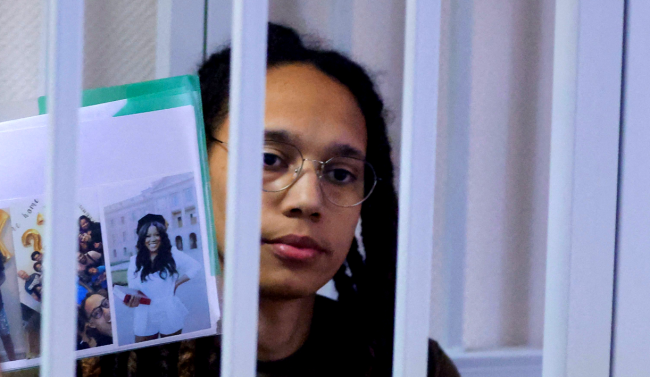 WNBA star Brittney Griner is facing a very long haul after being sentenced to nine years in a Russian prison.

Griner is being held in a penal colony in Yavas in the Russian region of Mordovia, about 300 miles southeast of Moscow.

Penal Colony IK, where Griner is imprisoned, is in the same region that another American, U.S. Marine veteran Paul Whelan, is also incarcerated, serving a 16 year sentence.

Griner is expected to have to deal with rats, working up to 16 hours a day, being tortured, suffering beatings and intimidation, racism and homophobia according to former prisoners.

He said that prison officials and police in Russia “don’t like Americans” and a “lot of times the food there is rotten.”

Now, more details have come out that paint an even more disturbing picture of the Mordovia penal colony where Brittney Griner is imprisoned.

As she begins a shocking — even by Russian standards — nine-year prison sentence, her state of health and whereabouts are a mystery. We do know that she is at the IK-2 penal colony in Mordovia, but that’s not particularly helpful given that Mordovia is known as Russia’s “land of prisons.” In the snowy, swampy area about 250 miles southeast of Moscow, there are roughly two dozen massive jails. Her “penal colony” could be any one of these.

The Mordovia prisons are infamous, with locals expressing shock that someone of Griner’s international fame would be held there. The penal colony is notoriously racist and homophobic, which makes Griner’s fate anyone’s guess.

The Daily Mail reports that conditions at the Mordovia penal colony have been referred to as “slavery-like” with with medical care there being almost non-existent.

Mordovia penal colony IK-14, according to one former prisoner, has a sign which reads “welcome to hell” for new inmates arriving at the prison.

Musician and activist Nadya Tolokonnikova of the band Pussy Riot was also incarcerated at penal colony IK-14 for two years. She said in a letter published in 2013 that despite working 16 to 17 hours a day she was only able to get “four hours of sleep a night.”

“When the girls find out that they’re going to Mordovia, they cut their wrists, do everything possible: get sick, swallow nails, just so they don’t have to go there. Its reputation is known, especially after the letter by Nadia Tolokonnikova,” said Federal Penitentiary Service (FSIN) director, Valery Maksimenko.

Hopefully, Vin Diesel will be able to get Griner freed sooner than later.