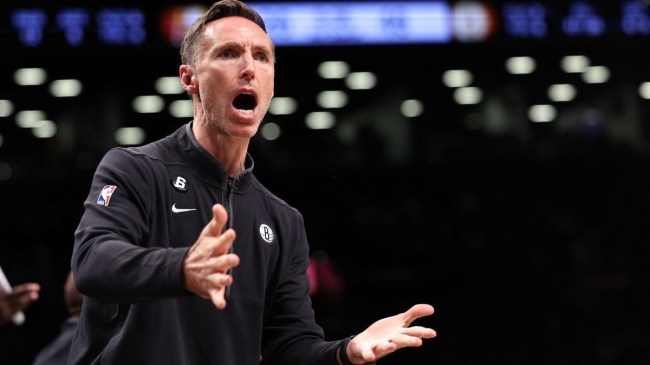 ESPN’s Adrian Wojnarowski first broke the news and reported that the decision was mutual between Nash and the team.

Decision was mutual with Nets and Nash, per sources.

“A very heartfelt thanks to Joe and Clara Tsai along with Sean Marks for giving me the opportunity to coach the Brooklyn Nets. It was an amazing experience with many challenges that I’m incredibly grateful for.

It was a pleasure to work with the players, performance team and front office everyday. I’m especially grateful to my coaching staff and video room who are a talernted group with so much character and professionalism.

Lastly, thanks to Brookyln and the passionate fans who support this team. Family first and my family has found a home here and LOVES being a part of this beautiful community. I wish the Nets all of the success in the world and the Nash’s will be rooting for our team as they turn this season around.” – Steve Nash

The Nets began the 2022-23 NBA season with a 2-5 record and have dealt with a number of controversies.

The move should please Durant, who reportedly asked for Nash to be fired during the offseason. But it likely doesn’t fix Brooklyn’s on-court struggles. Assistant coach Jacque Vaughn takes over in an interim role. Vaughn served in the same role for the team in 2020.

Jacque Vaughn is the acting head coach tonight but expect the Nets to inquire with suspended Celtics coach Ime Udoka, Quin Snyder, among others. Boston will let Udoka leave for another job.

Both disgraced Boston Celtics coach Ime Udoka and former Utah Jazz coach Quin Snyder are candidates for the full-time job according to Wojnarowski.

Fans Congratulate Steve Nash For Getting Away From Nets, Kevin Durant, And Kyrie Irving

Many fans congratulated Nash for severing himself from the floundering franchise.

Good for Steve Nash. No one deserves that pile of nonsense.

Good for Steve Nash. Getting out of that disaster is a huge win.

Good for Steve Nash, who didn’t deserve this absolute nightmare of a team to coach.

Brooklyn begins the post-Nash era on Tuesday night against the Chicago Bulls.