Bryson DeChambeau Explains He’s Had Doubters Since He Was 17, ‘Just Kept Swimming’ Like Dory From ‘Finding Nemo’ 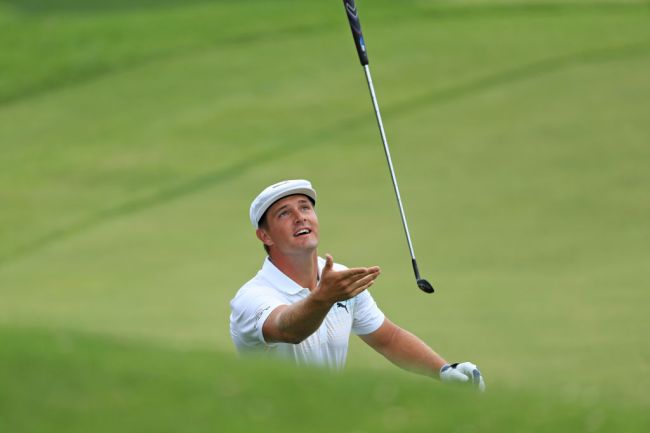 Bryson DeChambeau has been on the receiving end of a lot of doubt, not only over the past 12 months or so but for his entire career. The Mad Scientist has always done things differently and gone to the beat of his own drum. Simply put, he’s not like any other golfer the game has ever seen, but he’s got no problem with that.

DeChambeau introducing one-length irons and wildly oversized grips was one thing, but then he said that he was going to transform his body and become the longest hitter on the PGA Tour, and he delivered. He put on 30+ pounds in quick fashion and hits it further than anyone in the game. And most importantly, his experiments have worked and it was all validated at Winged Foot winning the U.S. Open, the first major title of his career.

Following his historic win, DeChambeau sat down with the Golf Channel and as he reflected on his unique journey up to this point of his career, the 27-year-old explained that he’s had doubters since day one and even his dad questioned some of his decisions dating back to when he was only a teenager.

“I’ve had that my whole life,” DeChambeau said. “I can tell you from day one, when I started talking about having same-length irons, my dad even said know. He said ‘no way you’re going to do that. I’ve had it from day one, since I was 17.

DeChambeau’s father, Jon, has had struggles with diabetes and received a kidney transplant back in 2017. As DeChambeau was hearing it from his doubters, he and his father turned to each other and a famous quote from ‘Finding Nemo’ to just keep moving forward.

“My dad, love him to death. When he was struggling with dialysis and everything, we had this coined phrase that was from ‘Finding Nemo’. He’d always say ‘just keep swimming, just keep swimming.’ No matter how difficult it got, I just kept swimming and kept moving forward.”

You can watch DeChambeau’s emotional interview with Golf Channel below: