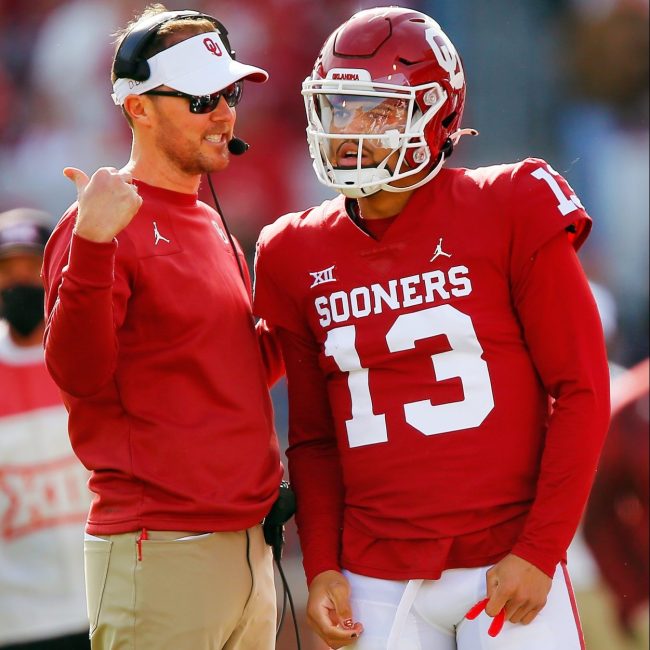 As could have been expected from the get-go, former Oklahoma quarterback Caleb Williams is likely headed to USC. Based on a recent visit to Los Angeles and the timing of a new transfer portal entry, it is seemingly a done deal.

At the end of the regular season, Sooners head coach Lincoln Riley left for the same position with the Trojans. From that point forward, it was expected that Williams would join him.

After falling behind 28-7 in the first quarter against Texas, Riley benched starting quarterback Spencer Rattler for Williams. Williams retained the starting job for the remainder of the season and chose to stay in Norman through the bowl game.

Oklahoma hired Brent Venables to replace Riley and he was very confident that Williams would stay with the Sooners. He was wrong.

Williams entered the transfer portal shortly after the Alamo Bowl and his recruitment immediately became an expensive bidding war.

Among the schools that were considered to be in the mix, Georgia, Ole Miss, and USC were the front-runners. However, he also received a $1 million offer from an unlikely suitor and former NFL quarterback.

In addition, Williams was reportedly in contact with the crosstown rival of his expected destination. Thus, a west coast trip was in order and Williams was set to visit both USC and UCLA over the weekend.

He was confirmed to be in Los Angeles, based on his Instagram story.

On Sunday afternoon, Williams was in attendance at SoFi Stadium while the Rams played the 49ers.

Later that evening, he was at the Lakers’ game against the Grizzlies.

Based on his visit alone, it was safe to assume that he is headed out West. When you factor a recent transfer portal entry into the equation, Williams is almost certainly set to commit to USC.

The true freshman from Utah started on and off at USC in 2021. After Kedon Slovis entered the transfer portal a few weeks ago, Dart was expected to be the incumbent starter for 2022.

However, he is now in the portal.

As a former four-star recruit, Dart’s commitment was highly-coveted. His potential ceiling was considered to be amongst the highest in the Class of 2021 and he showed flashes of greatness last season.

For Dart to walk out of Los Angeles all-but guarantees Williams’ future is with the Trojans. If/when Williams makes it official, former Oklahoma wide receiver Mario Williams (no relation) is likely set to follow and reunite with Riley and his former quarterback.

Rattler’s uncle was right. Williams is all-but guaranteed to announce his transfer to USC in the next few days.