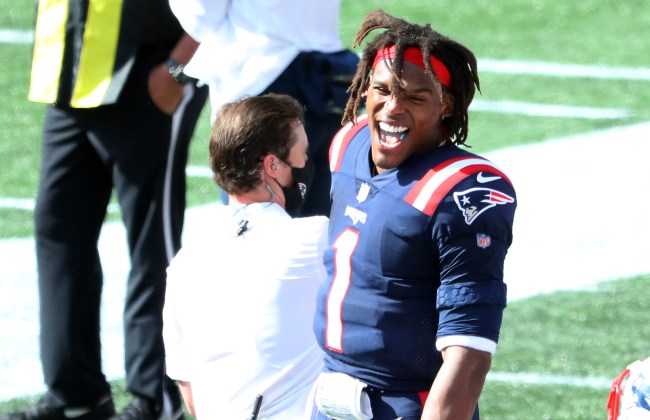 When it was first revealed this offseason that Cam Newton would be signing with the Patriots on a one-year deal for a league-minimum $1.05 million, most were in an uproar about the price tag. The majority of fans out there voiced their opinions that the 31-year-old, three-time Pro Bowler deserved more and while they may be right, the money wasn’t an issue for Newton while deciding to sign in New England.

Newton appeared on ‘The Greg Hill Show‘ on Tuesday and opened up about contract negotiations and future plans in New England. Money was a topic of discussion and Newton explained that it’s not about the money, it’s about respect.

“Surprisingly but true and factual enough, if I do what I am supposed to do, as I am expecting to, that will not be a topic of discussion here moving forward,” Newton said. “Like I said, you’re talking to a person who — money at this particular point in my career is not important, right? Let’s be honest, I’ve made money. But for everything I play this game for, I haven’t received yet. And that’s why I’m playing. It’s not about money, it’s about respect.

When it came to his actual negotiation talks with the franchise this past offseason, Newton again kept things simple. He was just looking for an opportunity to prove himself and not looking at dollar numbers.

“And especially going back to the negotiating table when this opportunity presented itself, I didn’t want to keep going back-and-forth, this and that. I said, ‘Listen, let’s get the deal done. Let’s do it.’ For all that it’s worth, it’s going to play dividends moving forward.”

Newton is off to a hot start with the Patriots as they’re off to a 2-0 start this season. He’s completing over 71% of his passes throwing for 552 yards, one touchdown, and rushing for another four touchdowns. He’s proving to the rest of the league, that when healthy, he’s still got plenty left in the tank to be a starter in the NFL.